Home cricket-world-cup Who Will Be There In The Indian Cricket Team For World Cup 2019? 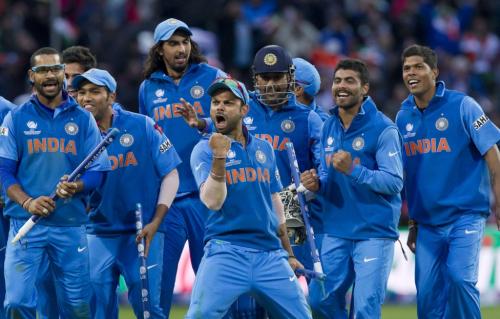 Who Will Be There In The Indian Cricket Team For World Cup 2019?

The ICC World Cup will be hosted by Wales and England, next year, from 30th May to 14th July. Indians are known for their love for Cricket. Whether it is real life or films – cricket has always been a hot pick amongst Indians, hasn’t it? So you guys might be wondering who is there in the Indian Cricket Team for World Cup 2019?

Tough Job For The Selectors

Even though the selectors know whom they have chosen to play for India, they are keeping mum about the whole matter. The chief of Selectors, MSK Prasad, has stated that the final list will be fixed this year between July to September.

Who Will All Make It?

It can be said that Viral Kohli, the captain of the Indian Cricket Team is a hot favourite among selectors. He has helped the Indian Cricket Team to reach new heights when it comes to ODIs. If one has to guess, then the usual favourites will be there on the team. Rohit Sharma, as well as Dhawan, is expected to be on the side as they are known for opening innings for the Indian Team. If K.L Rahul works on his form, he will be considered by the selectors as a potential player for the team.

Sourav Ganguly, one the best cricketers in his time has complete faith in Virat Kohli and his captaincy. Kohli is usually the third opening batsman for India in all the cricket tournaments. But the spot for the fourth and fifth position is still open. This might be a potential threat for the Indian Cricket Team if the selection is not made correctly. The contenders for these positions are Shreyas Iyer, Manish Pandey, Kedar Jhadav and Ajinkya Rahane. These players have been continuously in and out of the Indian Cricket Team, and the selectors will most likely place their bets on known players.

Next in line will be Indian Team’s former Captain M.S Dhoni. Even though critics are a little about his performance due to his age, he is still one of the best wicketkeepers in the world. Hardik Pandya needs to buckle up if he wants to be on the team. His performance fluctuates a lot, and that can lead to his downfall. He has got a fierce competitor in Ravindra Jadeja and Axar Patel.

The Scope Of Seeing New Talent?

There will be a lot of new faces as well in the team. Exciting right? The Indian Cricket team will have a chance to brush up their skills before the World Cup. All these matches will help the selectors take a better decision after evaluating the performance of all the players. One can only wish them luck and pray that the best player gets luck in the race.