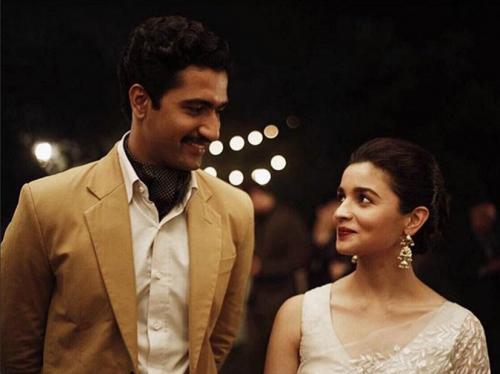 Talking about his role as an army officer he shares that Meghna wanted him to treat the script as the only blueprint for his character, Iqbal. It was a learning experience for him because there was more to Iqbal than just being a Major in the Pakistani army. It was important to understand his character's emotional side too. Also, studying the hierarchy of the army, the significance of each medal, the maroon beret, it was all a first for him"

The actor says Raazi was an experience like none other because he got to work with two of the most incredible women - Meghna and Alia.

Speaking of working with Alia he says, "I don't need to tell anyone how good an actress Alia is, her body of work speaks for itself. What I admire most about her is that even though she’s a leading star today, she doesn’t wrap herself up in a bubble. She is comfortable and cool, easy to bond with, and always makes sure to lift the performances of her costars. "

Raazi directed by Meghna Gulzar is an adaption of Harinder Sikka's novel 'Calling Sehmat' and depicts the journey of an ordinary Indian girl, under extraordinary circumstances.

The film presented by Junglee Pictures and Dharma Productions and produced by Vineet Jain, Karan Johar, Hiroo Yash Johar and Apoorva Mehta is slated to release on May 11, 2018.