"This Girl is on Fire" - A song by American singer-songwriter Alicia Keys always plays in my head, every time I see Rashmika Mandanna. Starting her acting career with Kirik Party in Kannada, Rashmika's every move, professionally speaking, speaks volumes about how success is never too far away when one is persistent in achieving one's goals.

Interestingly, she managed to accomplish all of this in such a short amount of time. Born and raised in a Kannada family, Rashmika, after Kirik's party, appeared in two Kannada films: Anjani Putra and Shamak. 3 Kannada films and Rashmika Mandanna, at the height of her career, moved into the Telugu industry. She became Tollywood's favorite actress after Geetha Govindam, co-starring with the handsome Vijay Deverakunda.

Vijay and Rashmika instantly became the on-screen couple after its release in 2018. While her personal life managed to turn heads, she opted for movies like Devadas in Telugu, Yajamana in Kannada, and Dear Comrade again with Vijay Deverakonda, among others. 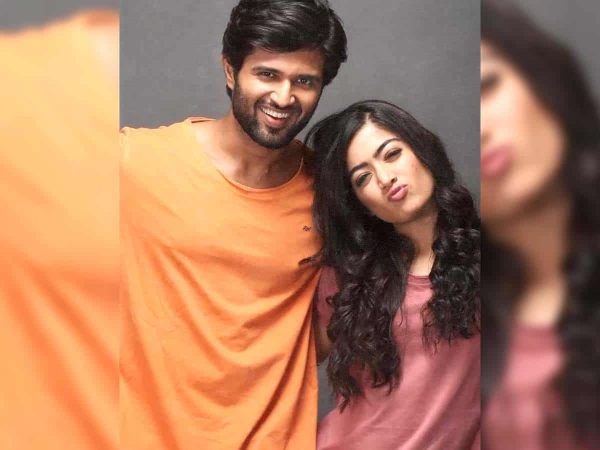 As Rashmika - National Crush Of India revealed, Lily from 'Dear Comrade' is her favorite character and is very close to her heart. While many successful actors were still looking for big breaks, Rashmika had already shared screen space with co-stars Mahesh Babu, Karthi and Allu Arjun. Also, she has become the most influential actress on social media. All this in 6 years!

The Pushpa actress lived the life of a suitcase last year since she stepped foot in Bollywood. She continues to work a choc-o-bloc schedule as she simultaneously prepares for her three big projects in Hindi cinema.

She has Mission Majnu co-starring Sidharth Malhotra and Goodbye opposite megastar Amitabh Bachchan and Animal opposite Ranbir Kapoor. For reference, she replaced Parineeti Chopra in Sandeep Reddy Animal.

Also Read - When Rashmika Mandanna revealed, she was scared of Vijay Deverakonda rupali ganguly birthday special: 5 adorable moments of the actress with family that will melt your heart horror movie hollywood fans savor every second of psychological bliss in the terrifying adrenaline rushes they simply cant get enough of.