During this time of the pandemic, it is always good to watch your favorite shows and movies while sitting at home. There are some amazing series and movies going to release soon. The trailer of these is already have created a lot of social media fuzz.

However, due to the coronavirus, all the theaters and malls are closed due to which every movie, shows are directly releasing on the OTT platforms. The concept of digital premieres is being adopted not just by Bollywood but also by the regional film industry.

You might miss the popcorns with coke and hot sweet corns which we all love while watching the movie in theaters but to look at the bright side, it allows us to relax, and watch these in our home with the homecooked popcorns.

Gulabo Sitabo has a terrific combo movie starring, Amitabh Bachchan, Ayushmann Khurrana which is directed by acclaimed director Shoojit Sircar. The film revolves around two quirky, warring men. It is a decent, funny situation where Amitabh Bachchan has played the role of the landlord, and Ayushmann as a tenant. The movie will be released exclusively on Amazon Prime. 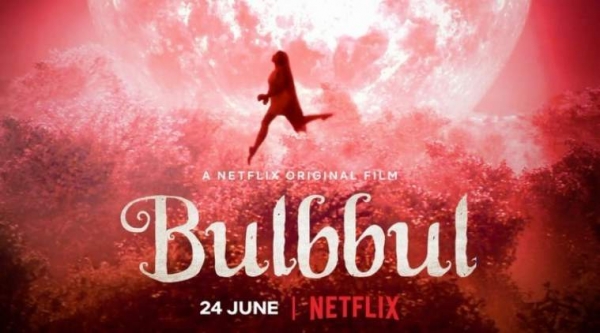 After the big success of Pataal Lok, Anushka Sharma’s next production Bulbbul is all set to join the list of upcoming shows and movies list. This horror and supernatural thriller film is directed by Anvita Dutt and features Tripti Dimro, Avinash Tiwary, Rahul Bode, Paoli Dam, and Parambrata Chattopadhyay in lead roles. Its small teaser is out. It will be released on Amazon Prime

One of the most awaited was the biopic, Starrer Vidya Balan. This Biopic is based on the real story of Shakuntala Devi, who was famously known as the Human-Computer, who can solve complex calculations within seconds. Not just a mathematician, she is also a writer and, who is more famously known, writer and astrologer. It is directed by the Anu Menon. It was previously scheduled to be released on 8th May 2020, but now being postponed due to pandemic situation al across the world.

Release Date: To be announced

Starring Akshay Kumar and Kiara Advani, the film is a horror-comedy that revolves around a man possessed by the ghost of transgender. The film was supposed to be released on May 20 but now has been delayed due to ongoing pandemic across the world. The directors and producers will soon announce the dates. Till now no final date is announced. The film was directed by Raghava Lawrence. It will be released digitally on Disney+Hotstar.

Release Date: To be announced

This is a debut film of actress Ragini Chandran, it is another film joining the roster of movies on Amazon Prime video that you should consider watching. She is playing the role of a law graduate who gets involved in her own case due to some reason. The film will be released on Amazon Prime Videos. lonar lake is the world’s third-largest crater formed because of a meteoroid strike, which has turned its color mysteriously. this change in the color of the lake from the green to reddish pink has gone unexplained so far. buldhana district collector suman rawat chandra posted a picture and twitted that, “ lonar lake currently… wonders of nature... looks like a algae bloom primarily, but microbiologists can tell exactly about it.” she said. sushant singh rajput found dead today in his bandra house in mumbai. the actor was just 34 years. his suicide has lead to shock in the industry. he was a small screen actor who got fame from his first debut film, kai po che!