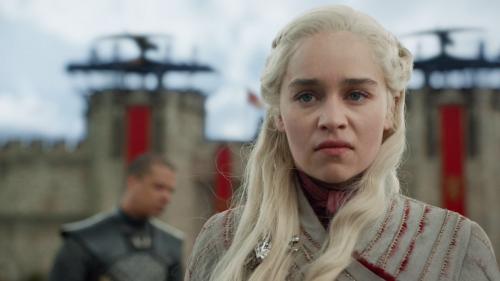 Have you watched the 4th episode of GOT season 8? If no, then there might be some spoilers for you. If you have already watched the episode, then you must know the feeling every GOT fan is going through. Did you expect that Rhaegal will be killed so soon? Did you think that Daenerys would prove to be such hateful? Of course! You must have thought Tyrion Lannister as one of the best characters on this show but this time you must be disappointed with his clever mind and decisions.

Why ‘The Last of the Starks’ episode is an utter disappointment for the audience? The audience was already disappointed with the episode 3 of season 8 and this disappointment changed to utter grief after seeing the episode 4th. It’s true that one won’t get to sleep while watching this grand show but you won’t feel so nice being a great fan of it. The battle with Whitewalkers is already over and now Daenerys is just looking forward to taking the Iron throne even after knowing that John is Targaryen. Let’s we discuss the main events which happened during this episode:

All in all, Game of Thrones season 8 was longer but there were only a few events which were worth watching. Nothing unusual happened which was expected by the viewers in this season. The story is really easy to predict and surprises were totally missing out here. Although there are no such critical events took place in the season, there are certain overwhelming moments like Gilly and Sam expecting child, Tormund is going to back to their true north along with Ghost and wildlings. There are chances that Varys would try to murder Daenerys because he believes in serving the realm.

There was a scene when John asked Bran to let Arya and Sansa know that they don’t need to tell anything about John being a Targaryen to anyone but Sansa told Tyrion. We don’t even know what was the reaction of Arya and Sansa after listening to this shocking secret. When you turn back to them, ‘The Mountain and the Viper’ episode, you can still feel that rush in your body. There was no battle which has made you happy in season 8. This episode carried dense emotions along with some horrifying moments like Missandei getting killed. Dragons are getting killed in every episode and it is obvious that writers are trying to rush towards the end. It might be possible that they are looking forward to making another television series and forgetting to focus on this one.