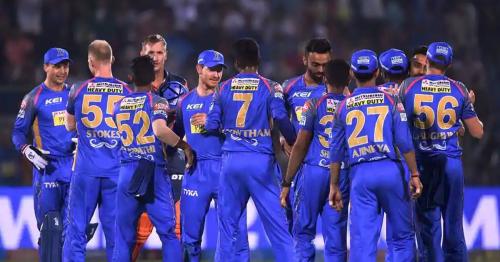 Rajasthan Royals, the team that will always be remembered as the first champions of IPL Season 1, have a trend of selecting young and formidable team players.

The team had made a return after a ban in 2018, the team finished fourth in the previous IPL year.  One major shift in the team is the moving out of Jos Buttler, who opted out and so not the team has to look for a new talisman. Buttler played an imperative role in pushing the team up to the playoffs. His imperious form was an important force in the team.

Jaydev Unadkat, the highest Indian grosser, was bought by Royal Challengers for 8.4 Crore. On the other Royals also bought Oshane Thomas for 1.1 . He is a strong player and his inclusion shall strengthen their seam attack of the team.

A total of 9 players were bought at the auction on Tuesday by the franchise. The auction has been played off well by Royal Challengers as they added Steve Smith to the team for improving the team’s middle-order consistency. Sanju Samson, Ben Stokes, Ajinkya Rahane and Steve Smith are the players that will impact the Royals as a whole and shall pave their way towards winning the trophy.

Rajasthan Royals have a great duet of openers in the form of Ajinkya Rahane and Joss Butler. While Joss is more aggressive on and it would be amazing to see the two together.

To keep everything in control, they have two good backups- Manan Vohra & Rahul Tripathi and other two upright backups- Prashant Chopra and Aryaman Birla.

There are enough good options for RR to choose from in the opening department.

Rahul Tripathi, who shall be replacing Jos Butler after he flies back to England, would be a better opener as compared to a middle-order batsman. RR has a decent line of openers; the way the players are used shall decide the fate of the game.

Steve Smith could not perform lately due to the ban. But with his ban being ended before IPL 2019, his strengthen their middle-order would be very useful for the team.

Ben Stokes and Sanju Samson are supposed to fill up the remaining two spots in the middle-order. RR also has two specialist backups in the form of Ashton Turner and Liam Livingstone. Their role will be important once Ben Stokes and Joss Butler fly back to England owing to World Cup preparations.

Shashank Singh, on the other hand, is unlikely to get a game, except for if there is a major necessity.

Rajasthan Royals has high hopes from their key all-rounder and popular player Ben Stokes. He along with Krishnappa Gowtham will make up for the department.

Rajasthan Royals have an impactful duet of spinners in the form of Shreyas Gopal and Ish Sodhi. They have performed well in past and the same is expected of them this season. However, Ish Sodhi shall not get a game because of the overseas restrictions, which implies  Krishnappa Gowtham will add on as a second spinner.

Rajasthan Royals  Jaydev Unadkat along with Jofra Archer and Dhawal Kulkarni shall be expected to lead the pace bowling attack.

However, the franchise would expect for a much better performance from Jaydev Unadkat this time. The team has all his fronts secure and with Oshane Thomas and Varun Aaron present as backups, RR shall have a good place bowling squad.

The Rajasthan Royals have an almost perfect team and we hope they give a tough fight to its competitors on the round in IPL 2019.