In this article check out if your favorite Serial is In The List Latest TRP Ratings of Hindi Serials This Week.

Every week audience is always eager to see whether serial they watch are in the top TRP shows list or not. BARC release The Highest TRP list of this week from January 23, 2021, and January 29, 2021, and Yeh Rishta Kya Kehlata Hai make its entry in the list.

The top opening was indeed taken by Rupali Ganguly and Sudhanshu Pandey starrer Anupama. Nonetheless, the mainstream family show, which has been winning hearts since the beginning of its first day, has seen a slight drop in its impression. While it had collected 9061 impressions a week ago, Anupama needed to make do with 8888 impressions this time.

Imlie this serial is also doing well in the television industry audience is loving the storyline of the serial. The show is based on a girl Imlie’s life how she wants to achieve things in her life makes her entry into the city and gets entangled between Aditya and Malinis' Love story. This serial has seen an upward pattern in its impressions and got 7513 impressions. and remains Second in the TRP list of this week


Ghum Hai Kisikey Pyaar Mein, the serial is based on an Army background and showing a love triangle between Starring Characters Neil Bhatt(Virat), Ayesha Singh(Sai), and Aishwarya Sharma(Pakhi),  saw a drop and got 7040 impressions. But there is no doubt audience is continuously showering their love as this time again it maintains its position and acquires the third position in the Tv Serial TRP list.

The spinoff of KumKum Bhagya people are loving this serial and this serial is doing quite well audience is loving a love story between Preeta and Karan and this show always do its best to make a twist and turns and maintain its position at fourth in the list but Strangely, this show starring Shardha Aarya and Dheeraj Dhoopar's Kundali also saw a slight plunge in impressions and collected 6808 impressions. 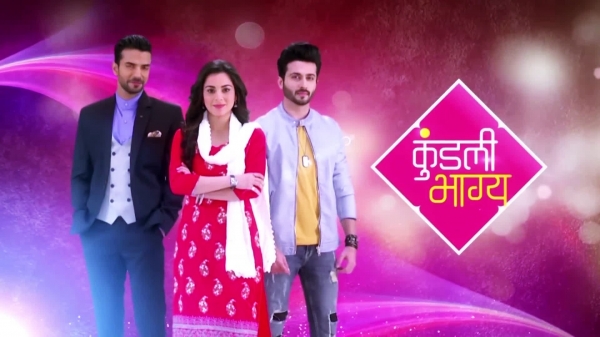 Do let us Know whether your Favorite show tops the TRP list this week? If you like this article do follow our Newsletter for updates of your favorite shows. in this article check out all about all new panasonic box-style mirrorless camera in lumix specifications and more. in this article, check out all about chain-smokers who use to smoke but left due to some reasons.