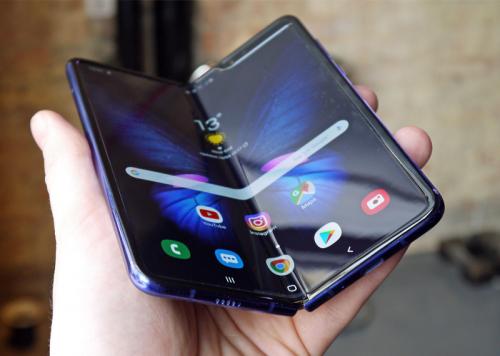 A company that took over the smartphone industry came up with the head-turning a revolutionary design that made the smartphone world lose its mind. It is the tech tycoon Samsung with its Samsung galaxy fold. People were not sure what to expect from a device that can fold and reduce into the size and flip open when it is needed. The craze for this device never seems to lose its fire since the day the talks about this smartphone came in to play. Every tech enthusiast on the face of the planet earth wanted to get their hands on the folding smartphone, and that made the talk about these devices even more.

After a lot of teasing and tempting, Samsung finally decided to unveil their first of its find Samsung galaxy fold early this year. Samsung then carefully selected its reviewers from all around the world and sent them their device with nothing but the device itself. Not much was given out by the company as they did not want to reveal everything before their official launch of the device to the world market. For better or not, Samsung's decision to send out a few of these devices before its launch helped them in every way possible.

The reviewers tried all that is possible from their side to describe this device to this world in their point of view. Some are even not sure if this could be a smartphone or a tablet while the other felt that this could form a new category of its own. This constant review from people all around the world brought in to limelight some of the few issues that this device might have had. First of all, the fold marking was visible to the naked eyes. The hinges that Samsung calls for their folding mechanism was not so sturdy in some of the devices that they sent out. In addition to this, there was a major concern for the company when few of the devices started to show fragileness in the screen over extensive use of the device. Some of the smartphones even have its entire screen peel off like a fact as it was put into too much use.

Thanks to these reviewers, Samsung soon recalled all the devices that they sent out to the reviewers stating that they will be working on developing the product, to fix the issues in hand and anything more. The device was set to launch for the public during the month of April, but due to the incidents, Samsung postponed their launch dates. After the devices have been collected, Samsung has been secretly working on this product to make sure that it is made to perfection. Nothing much was spoken about this device until recently when a man from Delhi, India was seen in possession of this device in the metro.

This incident raved the internet once more, and news about this device started to be on talks again. It is reportedly believed that the device has been passing all final tests in flying colors as may soon hit the world. There are talks that there might be announcements about the device during Samsung launch event on August 7th for their Samsung galaxy note ten where they might potentially release the device. The expected launch for this device is said to be at the end of the year but seeing that Samsung has not said or hinted anything about this particular device it is hard to tell, so nothing is official or certain at this point of time.

When the device had first launched no specification was given out, here is what we know about this device so far. The Samsung galaxy fold consists of the 4.3-inch main display and 7.6-inch secondary display that flips open. The device is said to be powered by a 12 GB RAM with 512 GB internal storage along with the snapdragon 855 chipsets. It is expected to be released with the latest android that is out there in the market and has a 4380 mAh battery. The camera units consist of 12 MP + 12MP + 16MP rear-facing camera and have 10 MP + 8 MP cameras on the front. Every spec detail is from the previous model Samsung may or may not tweak these in their re-launch.