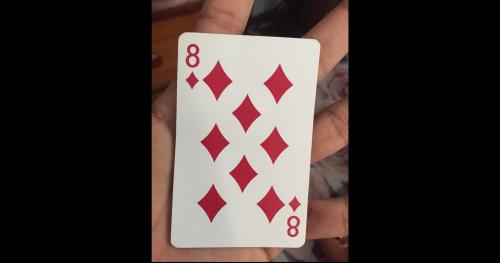 What started as a random tweet about the eight diamonds in a deck of cards has become massively viral all over the world. The tweet asks viewers to notice a small detail on the eight diamond card, and the detail has left thousands surprised that they did not notice it before. Shared three days ago by a Twitter user named 'Plink', the tweet asks viewers: "How old were you when you first saw the 8 in the middle of the 8 diamonds?"

What age were you when you first saw the 8 in the middle of the 8 of diamonds? 😯 pic.twitter.com/GjRLkyl7Vu

Whatever age I was 10 seconds ago

I think we all discovered this together. 😦