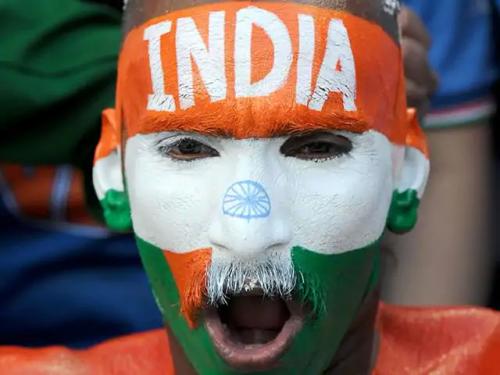 The Cricket Madness Is About To Kick In!

Cricket enthusiasts, it's time you buckle your seat belts for the magic and madness is scheduled to kick in real soon in 2019. The very phrase “cricket world cup” tingles our senses. Dated to be held from May 30th to July 19th of 2019, get ready to witness some nerve-wracking fight for the glorious cup! What an honour and regalia it is for a team to bring the world cup home, isn't it? It is an event that unites the entire country by a common spirit of sportsmanship. Are you ready to plunge into the pool of hysteria? Get to know about Cricket World Cup 2019 right from the scratch.

How The Logo Creates The Hype

For everything- be it a company, an organisation or an upcoming event, it is the logo which is of utmost importance. An attractive logo can create a great deal of hype. It is the logo that has to tell the entire story. The ICC cricket world cup logo has a lot of emotions attached to it. It evokes a sense of pride and desire among the nations- a desire to own the cup or a pride of having held it once.

As revealed by the ICC, the logo that has been chosen by the council as the official logo for the cricket world cup that is to be held in the year 2019 is designed in contrasting colours of red and grey. An outline of a cup is placed between two arches. Written below is the name of the two hosting countries- Wales and England. The logo is sufficient in itself for setting the mood and getting everyone prepared for the madness.

Are planning to take your family for a match? Here is a complete guide to how you can make your experience memorable.

To be held at Wales and England after nearly 20 long years, people all across the globe are already losing their minds about this spectacular event which, along with its twists and turns, is going to remain etched in their memories for the years to come.

There are going to be 48 matches in total which are scheduled to be played in different parts of England and Wales on different days. Owing to its five victories, among all the teams, that of Australia is the most successful of all. Ten teams will be fighting for a cup of which the final four will be meeting each other for the semis. Those who win the semi-finals will be meeting at Lord’s for the final match. 11 venues have been chosen all over England and Wales for the matches to be conducted. Catch the cricket world cup 2019 teams in action and scream your lungs out in support of your favourite ICC world cup 2019 group.

After a great deal of discussion and forethought, the cricket world cup 2019 fixtures have been finalized. Keep a copy of the cricket world cup schedule 2019 so that you do not miss out on any. Given below are the dates and venues of all the matches that are to be held 30th May to 19th July:

All you have to do is get hold of the cricket world cup 2019 tickets and enjoy the extreme madness with your family. You can avail lucrative offers on the tickets. Are you planning to take your family out for a match? You can get passes for your children for just 6 pounds. If your family has 4 members, you can choose to watch selected group games for 44 bucks.
There are also special zones in some of the venues where families can choose to sit in the zones which are alcohol-free.

What All Activities Will Be Going On In The Field?

The authorities will ensure that you remain totally entertained throughout the time. There will be a large number of activities taking place in and around the stadium during, before and after the game. The activities will range from have-a-go challenges to some live entertainments. Your tiny tots are absolutely going to love the experience for they, especially, will be having a large number of things to do around the ground.
Are you bothered about not being able to understand the game? The authorities have special arrangements for that too! In case you fail to follow the sport, ICC has a special provision which allows the game and it's various aspects to be explained to the spectators.
On days in which the matches will be scheduled, the gates of the venues will be opened two hours prior to the time of the commencement of the match. Ample facilities will be available inside the venue for the convenience of the spectators. When are you getting your tickets booked?