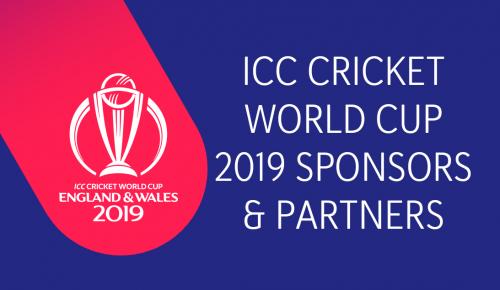 Are you interested in being a part of the upcoming ICC cricket world cup carnival next year?

You need to know a little more about the game and the cricket world cup, 2019 teams before you visit the place. Here is a simple and informational guide that has been put together to give you a basic concept of what exactly the game is about and how it is played and what new will be seen in the next world cup to be held next summer.

About the ICC cricket world cup 2019

The 2019 ICC cricket world cup is all set to be held in the stadiums of England and Wales. These two regions will experience the gaming sessions for the first time in about twenty years. When you look at the history of most prominently winning team in the world cup cricket, it is none other than Australia.

The kangaroo team has claimed five winning titles in total, and that includes the last world cup finals as well where they competed with the rivals the New Zealand for the cup. The officials have declared that the upcoming ICC cricket world cup 2019 will consist of top 10 teams that will take part in the round-robin ICC world cup 2019 groups’ stage.

The top four qualifying teams will move ahead for the semi-final rounds and then the final that will be held at the Lord’s. The officials declared it that there would be 48 matches to be played in total and all of them will be played in 11 different 2019 world cup venue in across England and Wales.

The management team that is hired for this tournament has fixed the cricket world cup 2019 tickets for adults at just £40. Other than this, if you want to take a closer look at the game from closer galleries, you might be charged a little more, but on average, the ticket prices will remain £40. If you want to enjoy the game to the utmost, you can book tickets for the alcohol-free zones that are in the selected stadiums but not in all.

Before the cricket matches, during or after the matches, there are numerous activities in and around the cricket venues that kids can enjoy such as live entertainment, game challenges for the family members of all ages, kid’s lanyards, and many other activities that will keep the kids and adults entertained while others enjoy the cricket game inside.

Are you interested in watching the game with your partner but you have very little knowledge about the game? Do you think you will face problems to keep up with the game? Do not worry, here is an entire section dedicated only to the cricket rules.

Cricket is a popular game where you need to score more than the opposition team with the help of your teammates. It is a bat and ball game that is played between two teams of eleven players each. The game is played on the 22-yard pitch and has two wickets each on which bail is balanced on stumps.

What is the role of umpires in the game?

During the game, the umpire makes some signals to make sure everyone has an idea what is going and how far the game has reached.

What to eat during the match duration?

At the ICC Cricket World Cup 2019, you can have a wide range of food and drink options to choose from and enjoy the game. According to the officials, the food zones at all the stadiums will avail a wide range of dietary options that you can enjoy with your family while watching the live matches.

The ICC Cricket World Cup 2019 fixtures have been confirmed of two-time world champions India that will play their nine matches in six different cities in England from 5th June onwards till 6th of July. The game is all set to begin on 30th May and will last up to 14th July in 11 different stadiums in Wales and England.

The first match of the 2019 ICC World Cup Cricket will be held on 30th of May and England, and South Africa will play the game. The cricket world cup schedule 2019 final will be held between the two qualifying teams and will be played on 14th July 2019 at Lord’s. The semi-final or knockout matches will begin from July 9th and 11th.

Two days will be given for rest and strategy making and on 14th; the finals will be played between the two competitors at Lord’s. The current ICC partners for the cricket game 2019 include Nissan, Oppo, MRF Tyres, and Emirates as the global partners. Moneygram is the event partner, and Hublot is the Timing partner, and Wolf Blass is Wine partner for 2019.

Nissan Motor Co. of Japan will sponsor the upcoming ICC World Cup Cricket 2019. The company will sponsor all the other international tournaments as well that will take place in its eight-year agreement that the company made with the governing body.

The other sponsoring companies for the 2019 cricket world cup for their respective countries include Natwest for England, Qantas for Australia, Oppo for India, Proteas for South Africa, Amul for New Zealand, Corporations and banks for Pakistan, Robi Axiata for Bangladesh, Ceylon Tea for Sri Lanka, Etisalat for Afghanistan, and Digicel for West Indies.