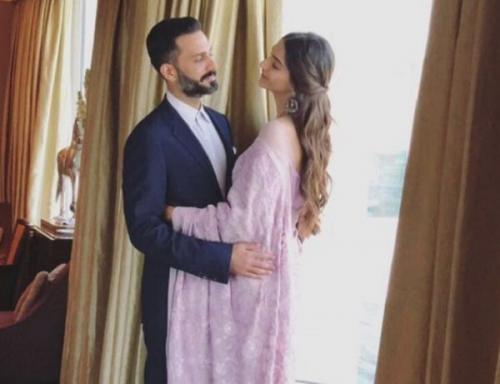 Sonam Kapoor and Anand Ahuja might be our new favourite couple in town!

Unless you've been living under a rock, one of the most talked about things in the recent past has been fashion icon Sonam Kapoor and business tycoon Anand Ahuja's wedding. From Anand defending Sonam from his relatives to Anand gushing over Sonam's Cannes appearance, we're loving how cute the pair is.

Post their marriage, Sonam changed her Instagram and Twitter handle names to Sonam K Ahuja. To the public eye, it is well, a normal thing for a girl to change her name after marriage. But the actress has received flak all over social media for being a feminist and taking her husband's name.

One for not just taking crap from people, she shunned these trolls with her response - 'I have been engaged for a long time. It took me a long time to decide. It's a choice, at the end of the day. Kapoor is also my father’s name. So it is a man’s name anyway. I chose to keep both. And if people don't understand the concept of feminism, they need to go online and look at the description. And how do you know Anand has not changed his name?'

Interestingly enough, if you head to her hubby's page, you'll see his name changed to Anand S Ahuja.
We guess this ought to shut the haters!