2017 is the year for Sonam Kapoor! She has many reasons to celebrate both in her professional and personal life. After bagging a Special Jury Award at the 2017 National Awards for her matchless performance in her film ‘Neerja’, she has proved that she is ready to excel at the professional front and there is not stopping for her now. Sonam has been in the news lately for two reasons: One for the launch of her own high street fashion brand ‘Rheson’ along with her sister Rhea Kapoor and the other being her budding romance with alleged boyfriend Anand Ahuja. 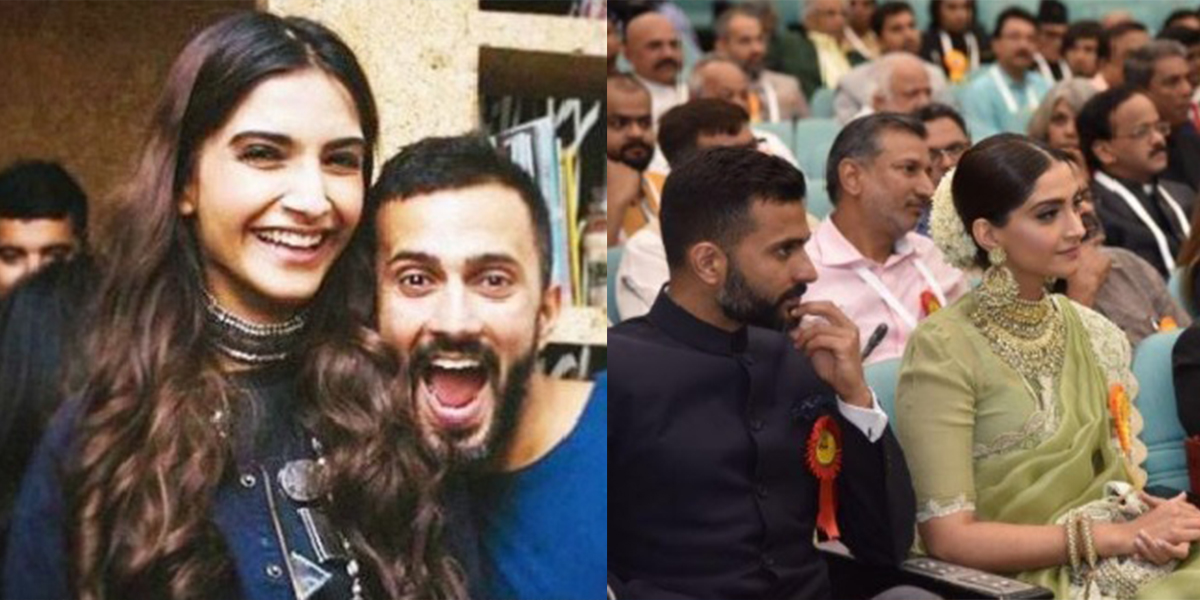 Let us throw some light for those who do not know about Anand Ahuja. Delhi-based businessman In charge of Shahi Exports Pvt Ltd., Anand is the CEO of a clothing brand which is apparently Sonam’s favourite.

Anand and Sonam have been dating for over a year now. Their PDA on social media accounts is the proof of their closeness. The duo came into news when they made their first appearance together at Akshay Kumar’s ‘Rustom' success party. Sonam was also questioned about her relationship status by Karan Johar on his reality talk show but she preferred to keep her personal life private and decided not to talk about it. Anand was always made his presence felt during Kapoor Family’s events and parties. Anand accompanied Sonam for a friend’s engagement party in London as well but both of them kept mum about their relationship status since then.

But when Anand accompanied Sonam for the National Award Ceremony, it made their relationship official. The couple celebrated their 1st year dating anniversary on the 9th of May and according to the gossip mills, the two are now ready to make their relationship official. Sonam made this anniversary extra special by planning dinner but also pampering Anand by buying some luxury goodies for him. They both are head over heels in love with each other and that is quite evident. Off lately, Anand has been sharing lovey-dovey posts for Sonam on Instagram and Sonam too is equally involved in that. Some reports even suggest the two are soon to get engaged.

Sonam is currently busy shooting for ‘Padman’ starring with Akshay Kumar and Radhika Apte. The film is being directed by R. Balki. Soon after, she will start shooting for ‘Veere Di Wedding’ alongside Kareena Kapoor. This film will be produced by Rhea Kapoor.