All Jolie fans assemble! We are curating a list of the 10 best Angelina Jolie films, to give you the best to select for your Sunday pastime. Jolie is revered in the industry for not only her unmissable charm but also for her versatility on screen. The actress has been in a number of hits since she started working in the showbiz as a child actor at the tender age of 7.

Following her father Jon Voight's footsteps, the actress started in the acting industry but has risen to the top and made a name for herself. Not only is she world-famous, but Jolie has also been awarded the crown of the highest-paid actress in Hollywood several times. Besides her power to bring in box office numbers, the actress is also highly lauded by critics. She has so far won an Academy Award and earned a total of three Golden Globe Awards alongside many other respected accolades.

However, with the starlight comes the thick tall shadow. Jolie's personal life has been displayed in public a number of times. With her romance with Hollywood's brightest Brad Pitt who at the time when rumours of their possible relationship started going around was still with Jennifer Aniston. The couple broke off their marriage after 12 years of being together. They share six children, three of whom are adopted. Jolie's relationship with Pitt became a huge topic in the industry and even after their divorce still has its claws deep in showbiz.

Alongside her movies, Jolie is also respected by her fans for her philanthropist nature. Recently, the actress went to Ukraine and offered to help the country and its suffering people as Russia waged a war against them. On that note, why don't we wrap up Jolie's life contents and look into some of her best productions so far? Scroll down further to swipe through are compilations of her 10 bests.

Check out the 10 best Angelina Jolie movies of all time below:

A movie best known for Jolie's brilliant performance. Movie-goers had a more favourable reaction to the second film of the franchise rather than the first. Even though both the films were not particularly liked by critics, Maleficent 2 still garnered much better reviews. Do not be mistaken, bad reviews are not the end of a film. Jolie's Maleficent is seen as one of the best female antiheroes in the industry especially as they are hard to find in the first place. The plot follows Maleficent who visits the magnificent old fortress to celebrate Aurora's forthcoming wedding to Prince Phillip. She encounters Aurora's intended mother-in-law there, a wicked queen who organises a conspiracy to exterminate the land's fairies. Maleficent teams up with a skilled warrior and a bunch of outcasts to take on the queen and her strong army in the hopes of stopping her.

Directed by Doug Liman, this film started it all. This 2005 action romance paired Brad Pitt and Angelina Jolie as the two play lethal assassins. The film is highly praised for the actors' natural chemistry and its bizarre plot. A couple in a deadlock marriage, John and Jane Smith, live a wonderfully commonplace existence. Each, however, has kept a secret from another: they are both assassins working for opposing organizations. The reality comes to the fore when both are sent to kill the same victim, Benjamin Danz. What ensues leads to the eventual bust of each other's truth and a good measure of explosions.

Gia Carangi, played by Jolie, dreams of being a high fashion model and journeys to New York City to pursue her goals. She encounters Wilhelmina Cooper, a wise and powerful agent who brings Gia under her care shortly after arrival. Gia swiftly floats to the top of the modelling business with Cooper's support and her own natural intuition. Gia, on the other hand, turns to drugs after Cooper passes away from lung cancer, and both Gia and her vocation begin to spin out of control. The biographical tragedy is based on the real-life model Gia Carangi's life and struggles. The film was highly lauded by critics and won her first SAG award as well as a golden globe.

This 1999 drama film won Jolie an Oscar as the actress was singled out and revered for her performance in the film. Directed by James Mangold, the film is based on the true story of Susanna Kaysen (Winona Ryder), a young woman who ends up at a famed mental facility for disturbed young women, where she must choose from a world of people belonging to the inside — like the alluring and dangerous Lisa (Angelina Jolie) — and the rather challenging world of reality on the outside. 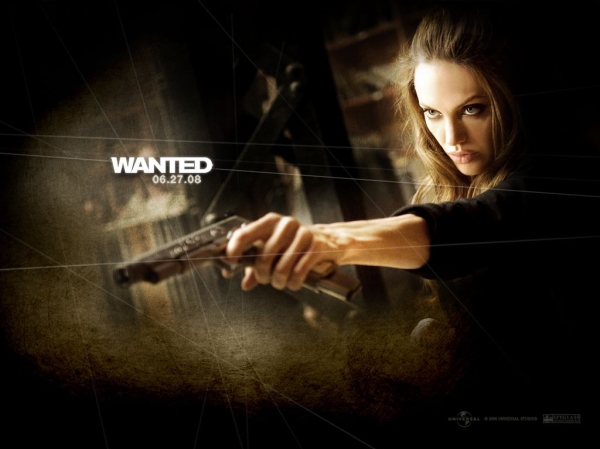 Directed by Timur Bekmambetov, this action thriller is strapped with a stellar cast including Jolie alongside James McAvoy, Chris Pratt, Morgan Freeman and more. Wesley Gibson is an office worker who is stuck in a rut. Following the assassination of his absent father, he meets Fox, who invites him into the Fraternity, a hidden club of assassins that follow Fate's commands. Wesley is taught to access dormant powers by Fox and the Fraternity's commander, Sloan. Though he is pleased with his newfound talents, he begins to think that the Fraternity is more than what meets the eye.

She is the one-woman-show. Jolie takes on the titular role in the film and carries the whole project on her shoulders. Evelyn Salt took an oath to duty, honour, and nation when she joined the CIA. Salt's pledge is pushed to the limits when a defector suspects her of being a Russian mole. Salt, now a fugitive, must utilise every skill she's learned over the years to avoid detection, but the more she attempts to demonstrate her innocence, the more criminal she appears. 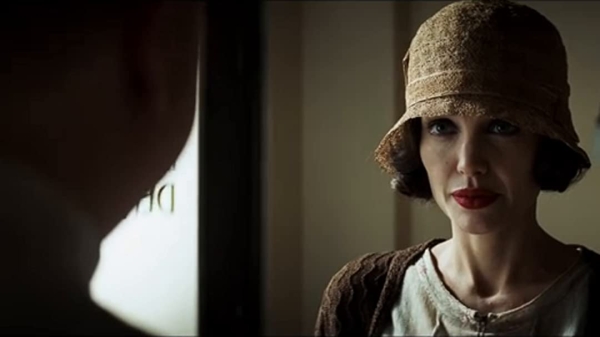 Jolie was nominated for the leading actress Oscar for this crime drama as she mesmerised all with her performance in the film. Based on a true story, the film is set in 1928 Los Angeles and tells a compelling story of Christine Collins who returns home to find that her son, Walter, has vanished. Walter is located in Illinois five months later, and her prayers are fulfilled. The youngster who walks off the train, however, is not Christine's son, much to Christine's dismay. Christine's accusation is aggressively denied by authorities, and her only ally is a pastor, who sees the case as an opportunity to expose malpractice in the LAPD and government.

Those Who Wish Me Dead

Another Jolie film that was highly praised by the critics. Directed by Taylor Sheridan, the film casts many renowned actors besides Jolie including Nicholas Hoult, Jon Bernthal, Aidan Gillen and more. The story follows a little child who witnesses his father's death and flees to the Montana countryside with a smokejumper, essayed by Jolie, to avoid a duo of assassins hired to silence him.

A rather unlikely pairing of Jolie and a from-com, this 2002 film places Jolie in the shoes of a perfectionist who is forced to re-do her life if she wants to survive a fatal prophecy. The film brought to the front, another different side of Jolie, though the actress is known for her versatility, she has rarely ever worked with rom-coms. Lanie consults a psychic about the result of a football game in search of a bright side of reporting. However, what she receives is a bleak prognosis for her own life, prompting her to reconsider her decisions.

The tale of an ordinary man, this film tackles a difficult subject with the utmost care as Jolie gives a performance to remember. Mariane Pearl, the wife of Wall Street Journal journalist Daniel Pearl, flees to Pakistan when her husband is kidnapped by terrorists. In the terrible weeks that follow, she must deal with international scrutiny and navigate the perilous realm of clandestine politics in a frantic attempt to locate him.

hollywood is one of the leading movie industries in this world. another star made it to the headlines for receiving threats. we are talking about salman khan.