Hawkeye's fifth episode was released one day before the release of Spider-Man: No Way Home. The episode featured a crucial conversation between Florence Pugh's Yelena and Hailee Steinfeld's Kate Bishop during which fans watched a major Easter egg related to the Tom Holland movie. The exact proposal explained the relationship between Hawkeye and Spider-Man: No Way Home. 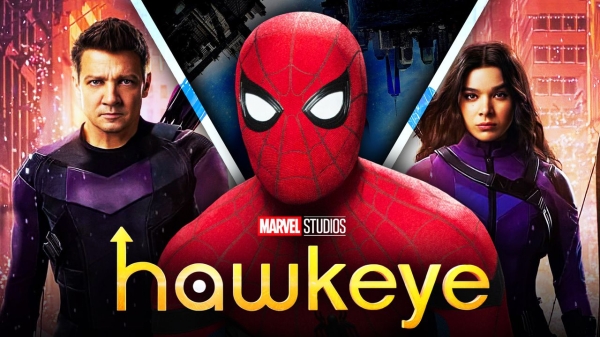 In the new episode of Hawkeye, Marvel appeared to confirm the show's schedule, which turned out to be after the events of Spider-Man: No Way Home. This supposed confirmation came during a strange exchange between Yelena and Kate's characters, with the former mentioning some sights she hopes to see while in New York. While listing the same, Yelena mentioned the "new and improved" Statue of Liberty.

Considering how Marvel fans can be, even the tiniest Easter eggs can be exciting, and thus Hawkeye is now going viral. As for Spider-Man: No Way Home, the movie has already opened in India and is looking to start an amazing box office after day one.

Also, Read - Love Is In The Air! Jennifer Lopez And Ben Affleck Pack On The PDA At LA Lakers Game -VIDEO INSIDE the year 2021 is coming to an end. lets take a look at the celebrities who parted their ways. is salman khan coming back with the second part of his superhit film 2018bajrangi bhaijaan2019? scroll below to know more