A massive explosion in Beirut took place on Tuesday, leaving much of the port flattening and high damage has occurred to the buildings and nearby areas. As per the reports, more than 70 people died and thousands got injured.

The sudden devastation overwhelmed the country conditions which was already affected by the Corona pandemic and the economic crisis. 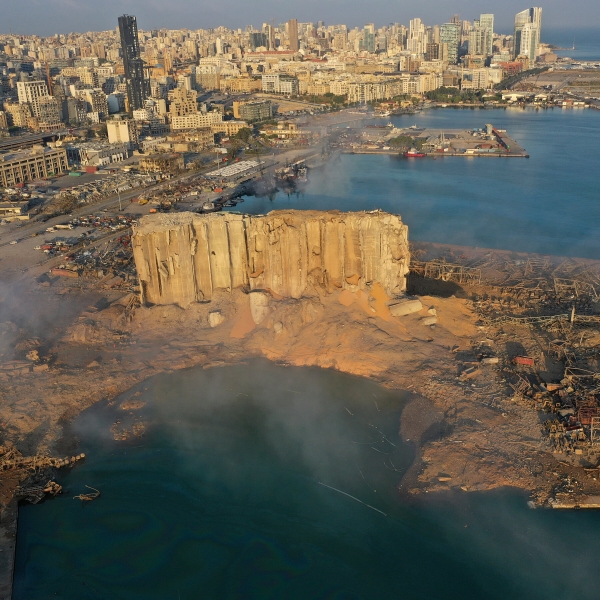 After the incident took place the place filled with Ambulances and help arrived. It leads to the filling of the Hospitals beyond capacity.

As per the Lebanon officials, the blast occurred due to the high explosive material.


As per some of the reports which show that the explosion took place as huge quantities of Ammonium nitrate were stored in the warehouse.

Lebanon PM Hassan Diab said that 2750 metric tons of ammonium nitrate, which was typically used in agriculture has been stored without taking any proper safety measures was the main reason for this. But the exact reason was not yet clear as the primary cause of the massive explosion was thought to be the major fire that took place due to firecrackers near the port.

As Beirut's 4 million residents wake to the full horror and scale of the damage to their city, lives, and livelihoods, questions will be asked about why such large quantities of the dangerous chemical were allowed to be stored in the middle of the city without adequate safety measures, and who is responsible.

before getting into the acting career, rahul sudhir has worked with some companies like hcl, dell, etc.

as indicated by reports, sameer was discovered swinging from his kitchen roof at his condo in malad west on wednesday night august 5.