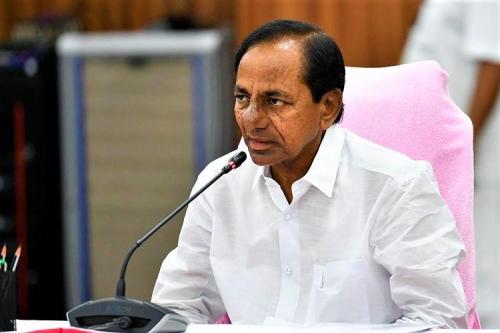 As we know there is no cure for coronavirus to date and our scientists and researchers are working day and night to get the cure. First of all, Alldatmatterz urge you to wash your hands regularly and take all precautions to stay away from the virus.

As the Telangana completed eight days of the 21 days (three weeks) lockdown to slow the impact of the coronavirus, its government has decided to impose massive salary cuts for its executive, political representatives and other employees. The cut might range from 10 percent to 75 percent. There will be salary cuts for all Public Sector Undertakings, establishments and institutions that are receiving government grants, government workers and retirees.

The coronavirus has badly affected the economy worldwide. Last week, the International Monetary Fund’s (IMF) chief Kristalina Georgieva said that the world has entered a recession which will be worse than that of 2009. The Centre has formed a task force lead by Union Minister Nirmala Sitharaman, which is expected to evaluate the matters and suggest a way forward to deal with the situation.

Telangana took early action. On Sunday, Chief Minister K Chandrashekar Rao had hinted at part-payment and postponement in salary. Earlier a high-level review meeting was held at Pragathi Bhavan to discuss the monetary state-of-affairs and financial situation of the state. The decisions announced were taken at that meeting. The Chief Minister himself is taking a 75 percent salary cut, along with his cabinet, MLCs, MLAs, state corporation chairpersons, and local bodies’ representatives. What Happens to the Putin daughter after administering the 2nd dose of COVID vaccine: Normal versus C-section delivery during the COVID period When To Wear and When to Skip Your Face Mask