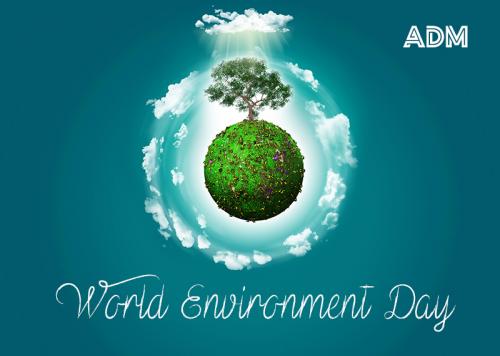 The UNEP organizes events on World Environment Day every year which brings awareness and encouragement among people to save the environment. In more than 100 countries, the world environment day is celebrated on 5th June and this year, China is going to host the global Environment day with the theme of, ‘Air Pollution’. Almost seven million humans die every year due to air pollution and most of the deaths is occurring in the Asian Pacific region.

China is going to host the World Environment Day 2019 on 5th June at Zhejiang in Hangzhou and the theme will be of air pollution. The announcement is made by the acting director of the UN Environment Programme, Joyce Msuya and Zhao Yingmin who is the Chinese delegation head at UN Environment Assembly. According to Msuya, ‘China will be a great global host of 2019’s World Environment Day celebrations. The country has demonstrated tremendous leadership in tackling air pollution domestically. It can now help spur the world to greater action’. She also said that air pollution is the emergency which is affecting every living species on earth. China will try to lead and stimulate global actions in order to save various lives.

The decision taken by UNEP as China to host World Environment Day is correct as China has emerged itself as a climate leader due to its green energy growth and almost half of the country owns electric vehicles and also, 99% of world e-buses run in China. The Chinese government will show its innovation and progress to bring a clean environment in the future.

On World Environment Day 2019, it is expected to urge the industries, governments, communities and all the individuals to come ahead in order to make use of green technologies and renewable energy. The air quality in all the cities of the world will be improved with the use of renewable energy.

As per the UN report, Beijing exceeded all the national limits of the pollution in the year 2013, the city adopted many intensive and systematic measures to prevent air pollution. The pollution falls down to 35% in Beijing in the year 2017 and more than 25% of the pollution level fell down in Hebei, Tianjin Region. This reduction in pollution level happened due to the industrial restructuring.  The cities definitely offer a good example for the various countries of the world which are facing the problem of air pollution.

Celebration of World Environment Day and its importance

Lots of people die every year due to air pollution and that’s why it becomes really important for people to become aware of it.  The government of China has tried to reduce pollution and they have also become successful in doing that. In the year 1972, World Environment Day was established and from that day, it is celebrated all over the world on 5th June. The main event will be hosted in Zhejiang but the celebrations will occur in various cities and other parts of the world.

China is going to host World Environment Day 2019 and they can certainly become a perfect example for the countries which are still not aware of pollution spreading in the world. Not only this pollution is a threat to the current generation, but it is also a great threat to the future generation. No matter which generation we belong, it is our responsibility to take care of the environment and thus we need to do this by putting all of our efforts into it. It is really important that every country should come ahead and join the cause of taking care of the environment.

Even in today’s time, there are several countries which are using poor and old technologies in commercial production. Not only has it polluted the air, but it also pollutes land and water.  The greenhouse effect on the earth is not healthy for animals and plants both. The air pollution is a severe problem which should be solved as soon as possible by all of the countries. There are a lot of people who have come ahead to save the environment, but millions need to join hands together to make this initiative successful. What are you waiting for? Come forward, take the first step to make your environment clean. Netflix announces new thriller with makers of ‘The Family Man'