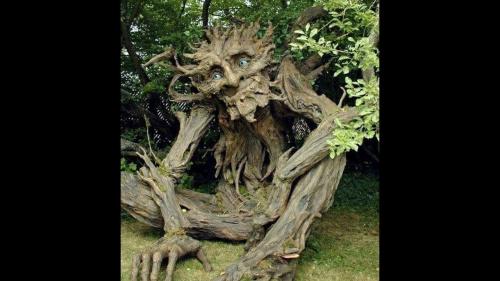 The most Scientifically Enigmatic Trees in the world 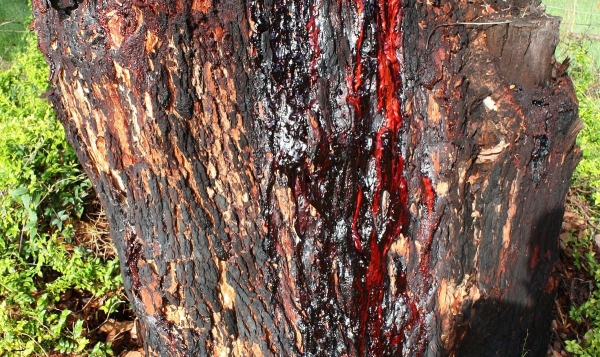 Bloodwood trees are the most amazing trees in the wild. It is known for bleeding a red-colour gum which looks exactly like blood. The other name of tree is desert bloodwood. These trees are native to the desert climates of Australia. The desert bloodwood occasionally shed a piece of bark forming a wound. Through the a thick red kino oozes out. The gum crystallizes covering the entire bark. The gum is collected as a bush medicine which is known to have antiseptic properties. 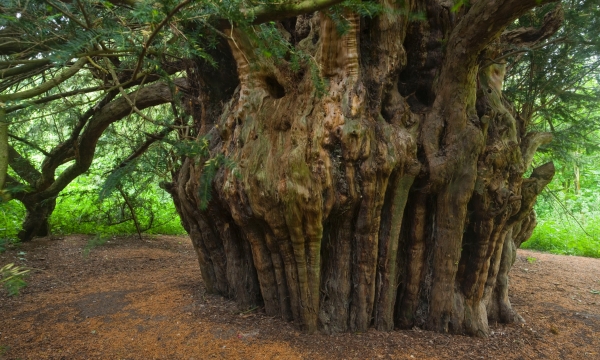 This is Britain’s oldest living tree of the Ashbritle village. Its name is Ashbritle Yew and is believed to be planted in 2000 BC. It is in the of St. John the Baptist. Yews trees are considered to have a significant place in . It has seven trunks; one hollow central trunk and six trunks surrounding it. Even though Yews are poisonous, they also produce an anti-cancer drug. People worship it as a symbol of renewal and resurrection.  Unfortunately, with time the Ashbritle Yew has fallen sick. 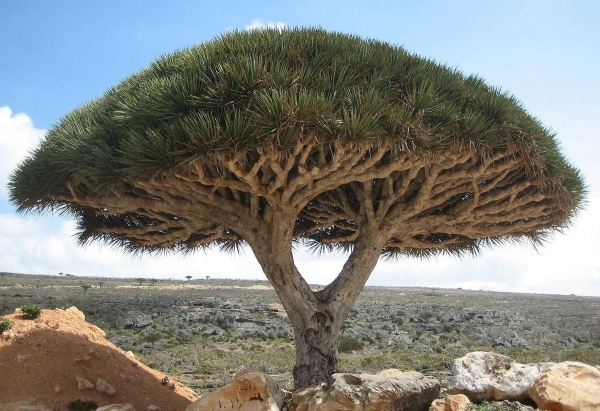 This magical tree of intertwined branches is native to the Canary Islands. It’s also the producer of Dragon’s Blood, a medicinal sap that is used for health purposes and as a stain. The island of Socotra in the northwest Indian Ocean in Yemen is known for its rich biodiversity. Its flora and fauna are unique. One-third of its trees are endemic to the island. One of the most famous trees among them is the Socotra Dragon Tree. Also known as the Dragon’s blood tree, its name is derived from its resins. If legends are to be believed, the Dragon’s Blood tree grew from the blood of an injured dragon that fought with an elephant. The trees on the Granite Mountains and limestone plateaus have a distinctive appearance. The branches grow in a dichotomous branching pattern, thus creating a base for the crown of the tree. The resins of the tree are used for various purposes like paint, dye, medicines, and cosmetics, among others. The strange looking tree’s branches and leaves give it the shape of an umbrella. It is also listed as one of the oldest trees in the world. 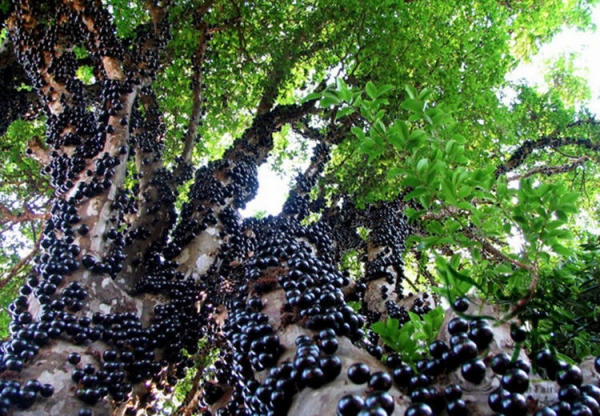 Jabuticaba is a strange tree which grows fruits on their branches and stems. They are Minas Gerais and São Paulo states in Brazil. Other species of the family Myrtaceae are native to Brazil, Peru, Paraguay, Argentina and Bolivia. The tree is studded with purplish-black, white-pulped fruits. These raw fruits are edible or can be made into jellies, wines or juices. When the fruits cover the entire tree, it looks like as if some small animals are engulfing it. These fruits are known to possess medicinal properties. 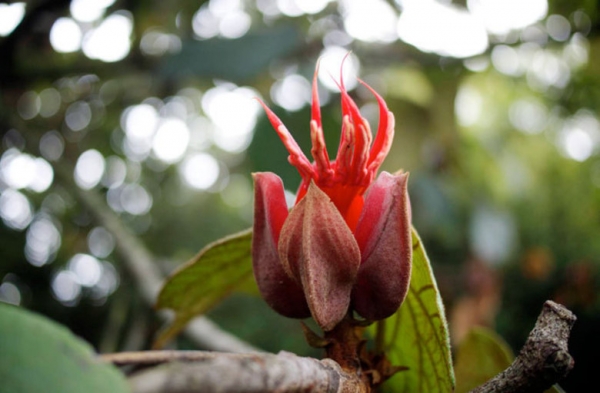 Devil’s hand tree is a flowering tree which is known for their strikingly red five-fingered flowers. Other names of the tree include monkeys or Mexican hand tree. The odd flowering tree is native to Guatemala and southern Mexico. The red flowers from the tree have medicinal properties which can cure some heart ailments. The tree had religious significance to pre-Columbian Aztec people. Since the 1940s, these trees have been an iconic symbol of the Botanical Society of Mexico. They are a popular ornamental tree among cultivators. 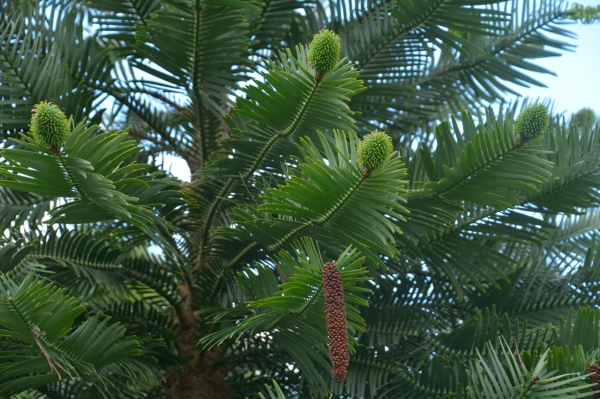 During the Jurassic Period, a genus of cone-bearing evergreen trees now named Wollemia lived on the supercontinent Gondwana. These ancient trees were long known only from the fossil and were thought to have been extinct for 150 million years — until when a few survivors of one species were found living in a temperate rainforest at Australia's Wollemia National Park.

That species, Wollemia , is often described as a living fossil. Only about 80 mature trees are left, plus some 300 seedlings and juveniles, and the species is listed as critically endangered by the International Union for Conservation of Nature.

7.  Some trees emit chemicals that attract enemies of their enemies 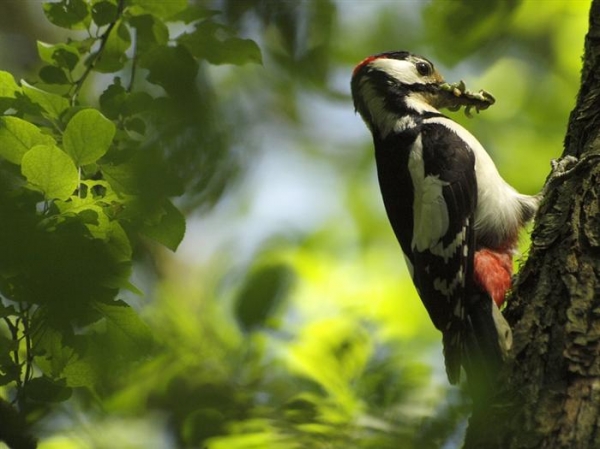 Trees may look passive and helpless, but they're savvier than they seem. Not only can they produce chemicals to combat leaf-eating insects, for instance, but some also send airborne chemical signals to each other, apparently warning nearby trees to prepare for an insect attack. Research has shown that a wide range of trees and other plants become more resistant to insects after receiving these signals.

Trees' airborne signals can even convey information outside the plant kingdom. Some have been shown to attract predators and parasites that kill the insects, essentially letting an embattled tree call for backup. Research has mainly focused on chemicals that attract other arthropods, but as a 2013 study found, apple trees under attack by caterpillars release chemicals that attract caterpillar-eating birds. 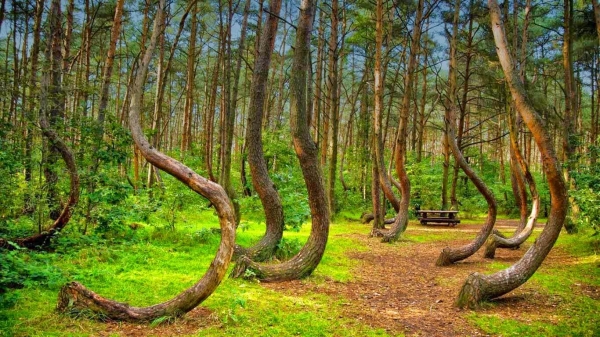 In a remote forest located near the town of Gryfino, West Poland, are 400 oddly shaped trees. Thought to have been curved from mechanical intervention, the purpose of these trees is not known. Many have speculated that they would have been used for bentwood furniture or even ribs for boat hulls. The outbreak of World War II in Poland in 1939, however, meant whoever was growing them had to stop and thus they became one of history's great arboreal mysteries.