The major Electronics giant, Samsung announced on Tuesday, 1st October 2019 that it will be launching the ultra-premium smartphone 'Galaxy Fold' that comes with a unique foldable display in the Indian market in late October. The all-new Next-generation Samsung Galaxy Fold is priced at Rs 1,64,999.

The phone has been receiving a lot of interest from consumers all across the world since it has been unveiled earlier this year. The Samsung Galaxy Fold was launched and available in the markets of South Korea and the US in the previous month. Though there were some issues with the display screen of the phone and hinges initially, the South Korean tech giant fixed the glitches before launching it again.

Mr. Ranjivjit Singh, Samsung India Chief Marketing Officer and Senior Vice President of the Mobile Business Department said in a statement, "With Galaxy Fold, we are redefining the mobile phone category, this is device like no other. The 'Fold' will set an entirely new benchmark for design and innovation. Galaxy Fold is meant for those who want only the best in their lives, in terms of style, design, luxury and the latest in services," The customers will have access to a dedicated 24x7 concierge service to address any queries customers of 'Fold' may have as well as one-year Infinity Flex Display protection, he added.

The Samsung Galaxy Fold is one of the most expensive phones to be launched in the Indian tech market. It is also the first foldable Android Smartphone that will be launched in the Indian market very soon. The 512GB variant of Apple's latest iPhone 11 Pro Max is priced at Rs 1,41,900, while iPhone 11 (512GB) is available for Rs 1,31,900, as per Apple's India website and the Samsung Galaxy fold is priced at Rs 1,64,999. According to the Samsung website, the maximum priced smartphones include Galaxy S10+ and Note 10+, priced at Rs 73,900 and Rs 79,999 respectively.

The main features of the Galaxy Fold include a 7.3-inch Infinity Flex Display on the inside that on unfolding offers an experience that is similar to a large-screen device. The exclusive phone was developed over 8 years after Samsung’s first flexible display prototype phone that came out in the year 2011.

The new hinging mechanism is a feature that ensures that the phone will open smoothly and naturally like a real book. There is also a fingerprint scanner on the side. The users can run multiple apps at once ( it has a tweaked One UI skin on top) it supports app continuity also (that allows content to transition easily from the cover display to the main display of the phone).

The Galaxy Fold will be available for pre-booking starting from Friday, 4th October 2019 while the phone deliveries will start from Sunday, 20th October 2019. You can pre-book the phone on Samsung's online store as well as at 315 offline stores in about 35 different cities.

Specifications and Features of the All-New Samsung Galaxy Fold: 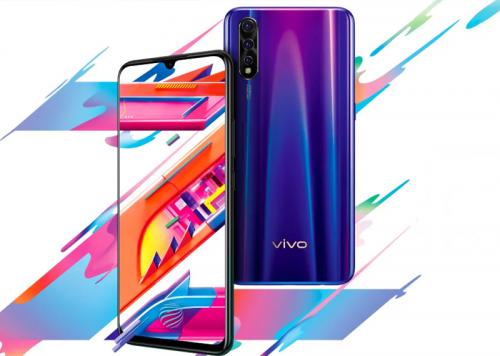