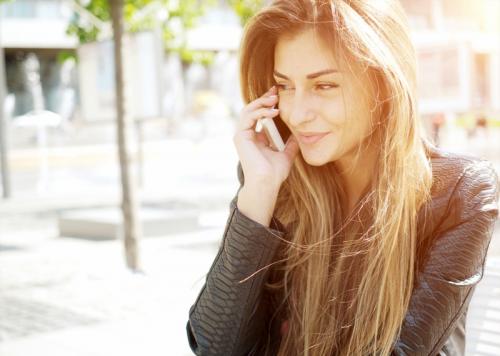 Modern technology has become a very integral part of our life. Survival without gadgets and mobile phones seems impossible. But this is no more just about technical advancements or human addiction to technology; it is a matter of serious health concern today. Due to the intensive use of these machines, our skeleton is being reshaped or let’s say is becoming evolved.

Latest research in the field of biomechanics suggests that horn like spikes are being developed at the back of the skulls of young individuals - bone spurs are a result of the forward tilt of the head that shift body weight from the spine onto the muscles located behind the head, which causes bone growth in the linking tendons and ligaments. The weight transfer that causes the transformation can be contrasted to the manner in which the skin thickens into a callus due to pressure.

The consequence is a hook or horn-like element protruding out from the skull, right above the neck.

A few researchers at the University of the Sunshine Coast in Queensland, Australia, through their research work, argue that the occurrence of the bone growth in younger people indicates towards the shifting body posture due to the use of modern technology. According to them, smartphones and other devices are distorting the human form, necessitating individuals to bend their heads forward to access these miniature screens.

The researchers further said that this discovery is the first record of a physiological/skeletal adaptation cause due to the infiltration of advanced technology into human life.

A question asked by the authors in their latest paper, available in Nature Research peer-reviewed, open access Scientific Reports is- "what does the future hold for the young adult population in our study when the development of a degenerative process is evident in such an early stage of their lives?" The study is a work of the last year but came to recent attention following the release of last week’s BBC story that states, "How modern life is transforming the human skeleton."

After this story, the abnormal formations have taken the attention of Australian media, and several terms have been used like "phone bones," "head horns," "spikes" or even "weird bumps."

Every word is a fitting explanation, said David Shahar, the paper's primary author, a chiropractor and a PhD in biomechanics at Sunshine Coast.

Speaking with The Washington Post he said "That is up to anyone's imagination. You may say it looks like a bird's beak, a horn, a hook."

He further said that part of what was remarkable about their research, was the size of these bone spurs, measuring from 3 or 5 millimetres in length, which is large. An outgrowth was factored into their study only if it was 10 millimeters or approximately two-fifths of an inch.

Mark Sayers, an Associate Professor of biomechanics at Sunshine Coast who was Shahar's supervisor and co-author in an interview with The Washington Post said, “The danger is not the head horn itself,” rather, the structure is a "portent of something nasty going on elsewhere, a sign that the head and neck are not in the proper configuration".

Their research began three years ago with a few neck X-rays taken in Queensland. The images contained part of the skull, along with the bony projections, known as enthesophytes, at the back of the head.

Contrary to usual perceptions of the hornlike structures, which are considered to crop up rarely and mostly among the older generation suffering from a lingering strain, Shahar observed that they appeared significantly on X-rays of younger people, along with those who have no obvious symptoms.

The duo’s first paper in the Journal of Anatomy, 2016, showed a sample of 218 X-rays, of people, of ages 18 to 30, to propose that the bone growth might be observed in 41% of young adults, much higher in number than previously thought. The characteristic was more common among men than women.

The effect – called enlarged external occipital protuberance – was so uncommon, Sayers said, that it was last observed, toward the end of the 19th century, arguing that there was no actual protrusion.

But that's no longer the situation.

Another research paper, published in Clinical Biomechanics in 2018, argues that the head horns are not caused by genetic factors or swelling, focusing instead towards the load on the muscles in the neck and skull.

And according to the Scientific Reports paper, the researchers considered a sample of 1,200 X-rays of people in Queensland, of the age between 18 and 86. The researchers discovered that the size of the growth, in 33% of the population, decreased with age.

They found that the bone spurs were more widespread among young people. To identify what was the reason, they looked at the recent developments and changes over the last 10 or 20 years that changed how young people work with their bodies.

Shahar further explained that "These formations take a long time to develop, so that means that those individuals who suffer from them probably have been stressing that area since early childhood."

He emphasized on the usage of devices and said, "People are more inactive; they put their head forward, to look at their devices. That needs an adaptive process to spread the load."

"What we need is a handling mechanism that reflects how significant technology has become in our lives," he said.

Shahar is asking people to become disciplined about posture as they were about dental hygiene in the 1970s.