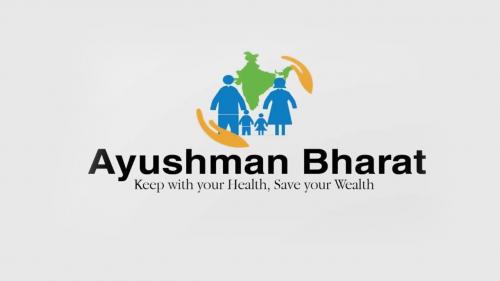 Ayushman Bharat: A ray of hope for the poor

Ayushman Bharat Pradhan Mantri Jan Arogya Yojna is a ray of hope for the financially weaker sections of the country. The state-sponsored insurance scheme has the possibility of transforming healthcare in India.

As per the promises made by the government, will ensure nearly 40% of the population i.e. about 50 crore people that lie under the poverty line for acquiring healthcare facilities. Hence, is one of the largest state-sponsored health insurance schemes in India. The success of this scheme can change the face of healthcare and medical services in India.

Ayushman Bharat is an entitlement-based scheme and targets India’s underprivileged population as recognized by latest Socio-Economic Caste Census (SECC) data. The patients can walk into any empanelled hospital that has the facility to process cashless payments. Once recognized by the database, the patient is considered insured. offers a sum insured of ₹ 5 lakh to each family for secondary care (doesn’t involve a super specialist) and tertiary care (which involves a super specialist). This is a free scheme, for the beneficiaries.

The insurance cost of this scheme is shared by both the centre and the state generally in the ratio of 60:40. is transferable, which means that the beneficiary can obtain treatment in any state that has adopted the scheme. Empanelled hospitals concur to the packaged rates under . 1,400 packaged rates for various medical procedures are provided under the scheme. These packaged rates also state in detail the number of average days of hospitalization for a treatment and supporting documents that are required. Indu Bhushan, chief executive of Ayushman Bharat- in an interview said that “These rates are flexible, but once set hospitals can’t change it and under no conditions can they charge the beneficiary,The scheme also has given a daily limit for medical management.

Ayushman Bharat is an effort by the government at developing the purchasing capacity among the poor. The two ways of solving the problem of affordable healthcare are either by financing services to control the prices or by financing the paying capacity of people. The first idea did not prove helpful as more than 70% of the healthcare is owned by the private sector. A public policy professor, who did not want to be named, remarked that “It’s a known fact that government facilities suffer from the lack of human resources so the old school model of government-run clinics hasn’t worked. It was against this backdrop that Rashtriya Swasthya Bima Yojana (RSBY) was designed.”

What broke the back of RSBY were the many instances of fraud. The professor further added that “What went wrong was there was amount of collusion to generate fake bills. Health insurance companies found this to be a big problem and some refused to pay,” said the professor.

The healthcare experts suggest that for insurance to be successful, it’s necessary to focus on public health and create healthcare regulations. It is better to invest in preventive than on remedial insurance.

Some believe that in the absence of healthcare regulations the fate of is negative. But on the other hand, the magnitude of the scheme will attract the attention towards the health insurance regulations. Yet the execution plan of inspires hope. Nachiket Mor, country director (India) at Bill and Melinda Gates Foundation said that “For the first time we have seen the spotlight on national pricing for health services, standardized protocols and coding. It has led to the formation of an independent body (National Health Agency) that will synchronize and improve the scheme over time, through investments in IT infrastructure,” said

He further added that “If it proves successful, this can be replicated for the remaining 60% of the population on a contribution basis.”

The biggest and instant challenge is to get the private sector to join. Ayushman Bharat, at present, has about 8,500 hospitals empanelled, and this includes public hospitals as well. According to experts, there are about 30,000-40,000 eligible hospitals in the country.

The lack of proper healthcare facilities in smaller towns and number of empanelled hospitals can lead to unhappy experiences. Now people are facing the problems of negotiating with a long line of patients. While creates the demand for healthcare facilities, it needs to supply proper facilities. And this can only happen if the private sector decides to join the cause.

This process will take time for its successful implementation. Dr Sabahat Azim, executive officer at Glocal Healthcare, said that “There is no shortage of medical infrastructure, but the problem is its functionality and the fact that it’s concentrated in the metropolitan areas. is addressing this crisis by creating demand.”

The Possibility of Reforms

In of the health insurance sector, the scheme has three important takeaways in terms of coverage, pricing and service levels. covers all the cases of hospitalization, even if it’s for a pre-existing ailment. The health insurance policy has leakages built-in in the form of what’s not payable. These can account for almost 8-10% of the hospital bill.

Ayushman Bharat not only provides a complete cover, but its absolute size can pull the pricing down. The incurred claims ratio for segment is well below 100% indicating an overpricing by the insurer.

The future of the healthcare services for the poor now lies in the success of Ayushman Bharat. For has certainly brought a ray of hope in the lives of many.

Pradhan Mantri Mudra Yojana- All You need to know: