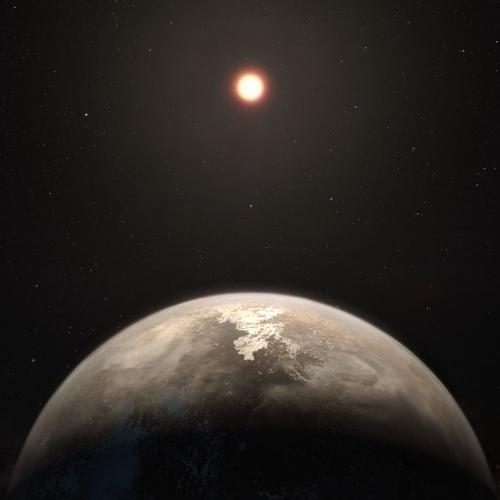 Newly discovered earth: It is speeding towards us!

Astronomers have discovered a new planet which is said to be coming at us with a great speed. First, there was Proxima b that was a planet with the same size as that of the earth which was orbiting to the closest star known to us. Now we have a new planet which has the same size and temperature of earth that is orbiting a dwarf red planet. This new welcoming discovered planet is named Ross 128 b. Astronomers have discovered this new planet not by the traditional way but by using the European Southern Observatory's (ESO) High Accuracy Radial velocity Planet Searcher (HARPS) at the La Silla Observatory in the desert of Chile. This planet is very old, calm inactive and is 11 light-years away from us presently. Although Proxima Centauri is just 4.2 light years away it will become the closest star to the sun in just 79,000 years and along with it will bring Ross 128 b along with it. It is not hard to believe that human species will still be on the planet around this time. The discovery was not standard as this planet did not come forward in front of its host star from our perspective, where the light from the star is reduced thereby enabling scientists to know the cause.

Nicola Astudillo-Defru, an astronomer in Geneva Observatory in Switzerland who was also a member of the team that made the discovery said via email, “HARPS is a spectrograph specially designed to measure the radial velocity of the stars.” She went ahead and added, “With radial velocity, we are able to detect the periodic stellar wobble produced by the planet (gravitational interaction), so we do not require a transit to make the detection.”

The main advantage this planet has over Proxima b or the TRAPPIST-1 planets is its atmosphere. As per , the expert on this team "The main disadvantage of these two stars [Proxima Centauri and TRAPPIST-1] is their frequent and strong flares,” she says “This kind of stellar activity can erode the planetary atmosphere or even completely blow it away, and additionally the high-energy radiation can even sterilize the surface of the planets. This is where Ross 128 has a big advantage, the star is much quieter. ... I think Ross 128 b is more comfortable to the development of life. Although Ross 128 b does not transit its host star, with forthcoming giant telescopes we expect to directly observe the planet, allowing us to characterize its atmosphere, and search for biomarkers!"