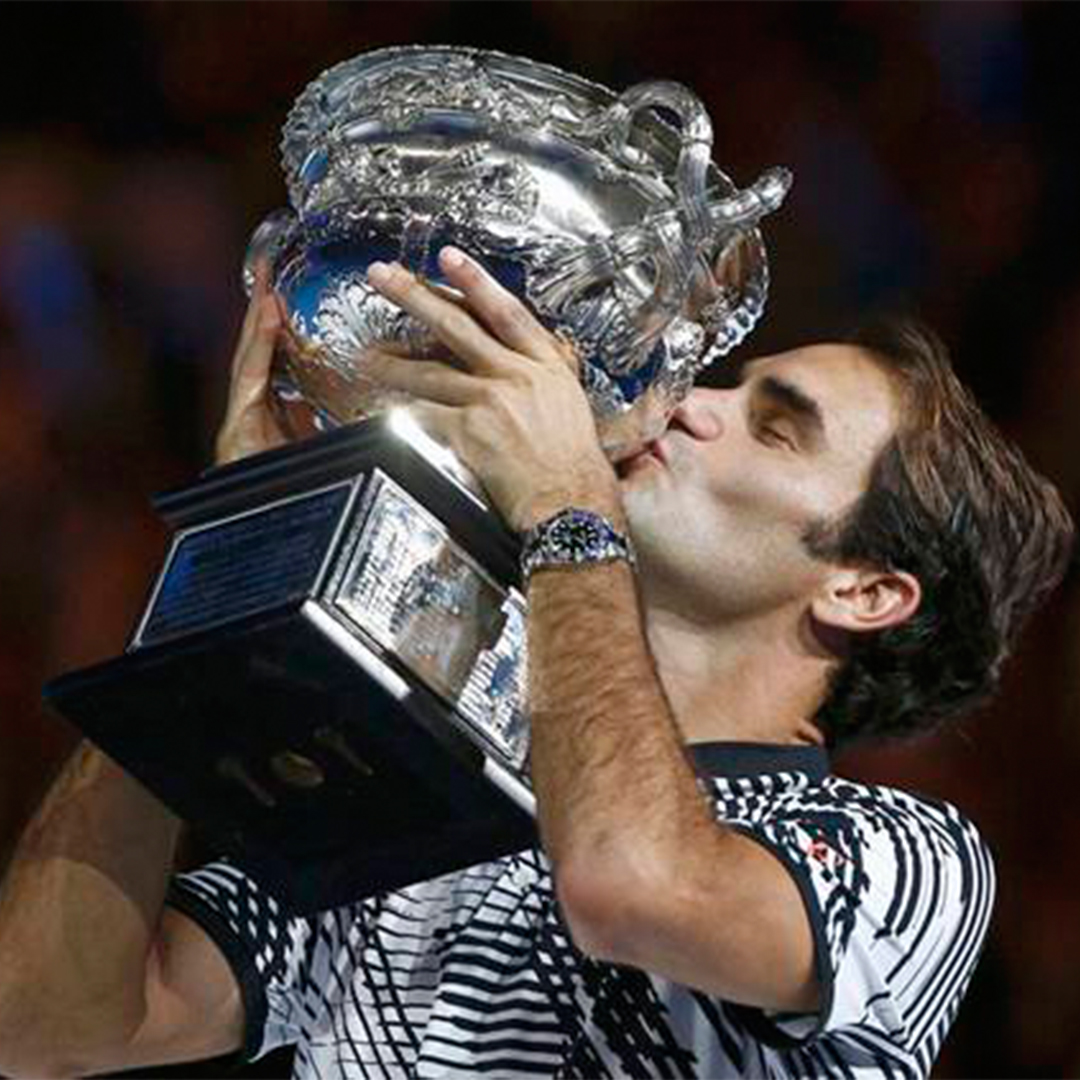 Many people said Roger Federer turned back the clock in winning the Australian Open on Sunday night (29th January 2017) in Melbourne. But it is the 35-year old Roger that won the first Grand Slam of the year and in the process took out Rafael Nadal – arguably the only player who can go one-on-one with Federer in the prime and come out on top. Nadal went into the final with a 23-11 head-to-head over the former World No. 1.

It is the beauty of the sport and of these two men in particular. The last part was perfectly visible in the fifth set when Federer came from 1-3 down and from being shut down multiple times as he garnered break points to break twice in a row. Even as he served for the match, Nadal saved one match point, endured nerves of hawk-eye on the serve and the eventual championship clincher.

He would become the oldest man to win a Grand Slam singles title in 45 years with the 6-4, 3-6, 6-1, 3-6, 6-3 win over Nadal with legendary Rod Laver watching at the stadium named after him. “I would have said a great event would be quarters,” Federer said. “Fourth round would be nice,” he would add after the final in his assessment of a good return to action.

In the fifth set against Nadal with scoreline reading 1-3, Federer looked to be headed towards yet another defeat to his traditional nemesis but the Swiss stuck to his guns and to the game plan as discussed with coaches Severin Luthi and Ivan Ljubcic. “I told myself to play free,” Federer said. “You play the ball. You don’t play the opponent. Be free in your head. Be free in your shots. Go for it. The brave will be rewarded here. I didn’t want to go down just making shots, seeing forehands rain down on me from Rafa.”

And that’s what Federer did or continued to do as he had for the past fortnight..

During the week, there were murmurs that the courts were prepared and playing much quicker than usual hardcourts to aid Federer’s game. But those rumours were quashed quickly. The fluidity and ease with which it is struck would draw awe and inspiration. Pit it against Nadal’s topspin heavy forehand which would zip off the court on the bounce and rise over the shoulder level and Federer’s comfort level on that backhand would jade.

Federer has once again moved back into the top-10 in the rankings with the 18th Grand Slam under his belt as he moved in from number 17 in the rankings. Berdych in the process has dropped two places to 12th with David Goffin 11th. In terms of other numbers, Federer is tied at fifth overall in Grand Slam titles matching Martina Navratilova and Chris Evert. Ahead of him are, Margaret Court (24), Serena Williams (who won her 23rd Grand Slam at the Australian Open), Steffi Graf (22) and Hellen Wills (19).