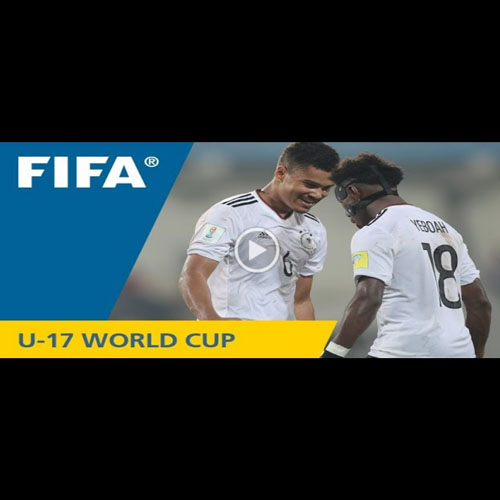 The entire nation had been waiting in anticipation for the FIFA U-17 World Cup. With 24 teams, 6 venues, 52 games and 22 days, the football fever is on a high and has kicked off on 6th October. India, the host country had the biggest opportunity to be a part of the FIFA tournament for the first time. With talented youngsters from some of the best football teams in the world, this World Cup is being watched with utmost scrutiny and interest. The world cup is being held between 6th October to 28th October. There is an extensive media coverage and growing excitement in the audience with every game. The final will be held on October 28th in Kolkata, which packs in a maximum of 85,000 people at a go.

In a cricket crazy nation like India, the game of football may have taken a while to come alive but all the signs point to a strong beginning as one of the most important global events in International market makes a debut. The addition of India to the list of pedigreed countries in the sport has come as a massive boost to the country’s reputation for football. India’s performance in the Under-17 World Cup so far has been a combination of shrewd tactical display and occasional flashes of individual brilliance. Throughout their preparatory phase, the Indian players and coaches have been realistic about the skill-set they possess. The team were aware they would spend most of the time chasing the ball, so Luis Norton de Matos and his assistant Hugo Martins have structured the side in a fashion that it makes it tough for the opponents to find space. Few Indian teams — senior or junior — have been so disciplined in maintaining their shape. The two defensive lines have operated with high efficiency, giving USA and Colombia very little space to work with. Another stark difference is the team’s reaction when under pressure.

In addition to Kolkata and Delhi, matches will be held in Kochi, Madgaon, Guwahati and Navi Mumbai. The stadiums are jam packed as the tournament has begun.

Listed below are the groups for the event:

Follow the action in person and enjoy the thrill of the game. The tickets for the tournament were sold in four phases. Currently, the fourth phase is going on with individuals sales during the tournament.

Phase 4: 6 to 28 October (individual sales during the tournament)
Only full-price individual tickets for the relevant match day can be purchased during this phase.

As of today, a total of 10 matches have already concluded and 42 are remaining. It will be interesting to see how the tournament attracts the attention of a cricket crazy nation.