Tiger Shroff - The name needs no introduction. The handsome man, who made his debut with the release of Heropanti in 2014, has carved a niche for himself in the industry with his hard work and dedication, and has also shown his versatility on the big screen. From playing a romantic hero to a prom star to an action hero and more, Tiger Shroff is known for bringing something new to the table every time he hits the big screen.

But apart from this, Tiger Shroff also makes headlines for his personal life. The Student of The Year 2 actor, who is very active on social media, is often seen sharing wonderful posts from his family members, including father Jackie Shroff, mother Aisha Shroff and sister Krishna Shroff, and has proven over and over again that his family means the world to him. And while Tiger often wins millions of hearts with his 'true blue family man' image, here today on his birthday we bring you 5 cases where the star of war proved that his family comes first for him.

Tiger Shroff has always been a proud son and always talked about how he viewed his father, Jackie. In one of his interviews, Tiger talked about his father's life in Chall. "Even after he became an overnight star with his first movie, Champion, he was still there for five or six years. It's amazing to hear about his humble beginnings, his beginnings in the industry and what he accomplished."  Tiger told Man’s World India. He also highlighted how his parents made sure that he had a simple childhood like any other.

On his comparison with dad

Ever since Tiger debuted in Bollywood, he has been compared to Jackie over and over again. While Tiger is proud to talk to Jackie Shroff, he feels there is no comparison between him and his father. Indeed, when acclaimed director Subhash Ghai paid tribute to the father-son duo, writing,“A great tribute to his father Jackie Shroff is his own bright son Tiger Shroff as 'Hero' Vs 'Hero' since the 1980s and now 2018. I feel so proud of both of them”. Tiger responded that there can only be one hero, Jackie Shroff, and there is no comparison between them. In fact, in one of his interviews, Tiger also emphasized that his only goal in life is to make his father proud.

Purchasing a house for his mother

Like any passionate son, Tiger always aims to give his parents the world. However, one thing he is really proud of is buying a house for his parents, Jackie and Ayesha. Speaking of the same, Tiger told the Mumbai Mirror: "They gave me the best childhood and this is my little way of giving back. My mother (Aisha Shroff) always wanted a house in her name so I bought this for her... Dad (Jackie Shroff) too.” He stressed that his mother is the biggest motivation for him and he strives to work hard to make her happy and proud of her.

Not only an exemplary son, Tiger has also been a loving brother to Krishna and his sibling bond has never failed to win hearts. During a conversation with The Times of India, Krishna stated that Baaghi actor  is not the typical possessive older brother. Instead, he is completely understanding and nonjudgmental. In fact, the handsome actor gave his little sister a solo trip to the Maldives for her birthday. He wrote her a sweet note that read, "Happy birthday Kishu! I love you so much. Wishing you all the best this year! Not knowing what it has to offer, I thought I'd treat you to a trip to the Maldives for 'one time only'." person'".

When Tiger shared his definition of home 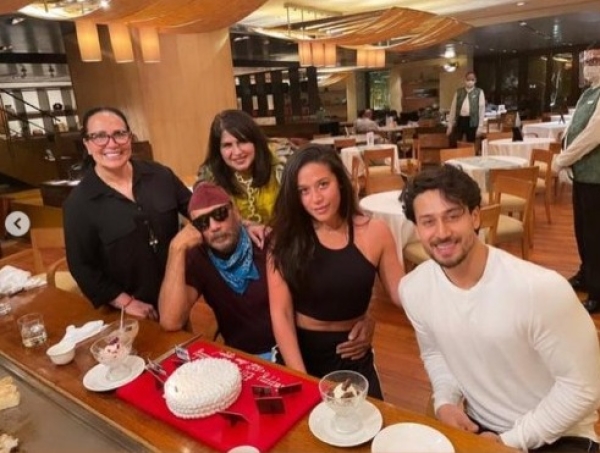 Without a doubt, Tiger is totally attached to his parents and would not be ashamed to move mountains for them. The actor also won hearts when he defined what home meant to him, telling FPJ, "For me, home is where my parents are. They mean the world to me. All I do is make them proud of me." the reality show smart jodi on star plus is drawing attention for its different concept. the show will feature the participation of tv and bollywood actors.