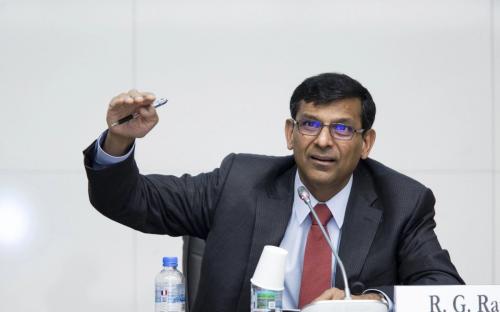 As we know there is no cure for coronavirus to date and our scientists and researchers are working day and night to get the cure. First of all, Alldatmatterz urge you to wash your hands regularly and take all precautions to stay away from the virus.

In the time of coronavirus pandemic, our renewed economist is predicting the future of India in the coming years. Recently, former RBI chief Raghuram Rajan has given a statement on Coronavirus pandemic. He described coronavirus pandemic as the " greatest emergency since Independence". Former chief economist at IMF and former RBI chief Raghuram Govind Rajan, an Indian economist, currently serving as the Katherine Dusak Miller Distinguished Service Professor of Finance at the University of Chicago Booth School of Business. He stressed on the ways the Government spending its funds.

If we talk about the former RBI chief Raghuram Rajan, he also made some predictions in the past which went viral and proved him right. In 2005, his warning about the economic crisis went right and this crisis happened in 2008. In fact, for his work and predictions, he was named by Time( magazine) in its list of hundred most influential people in the world in 2016.

Recently, he posted a blog on LinkedIn which was on the current coronavirus crisis going on. Raghuram Rajan said that there is only one class that is suffering most from coronavirus pandemic which is poor, so the government should extend major spending on the poor because that is the "right thing to do". He also mentioned that he understands that the government's resources are strained but even in this time, spending on the poor is the right thing to do.

He said, "Unlike the United States or Europe, which can spend 10% more of GDP without fear of a rating downgrade, we already entered this crisis with a huge fiscal deficit, and will have to spend yet more.'

He also put a major focus on a plan during and after the coronavirus lockdown, he says India is a country where the Government needs to ensure the survival of poor and non-salaried lower middle class. This class is prevented from working for longer periods.

He said, "The state and Center have to come together to figure out quickly some combination of public and NGO provision (of food, healthcare, and sometimes shelter), private participation (voluntary moratoria on debt payments and a community-enforced ban on evictions during the next few months), and direct benefit transfers that will allow needy households to see through the next few months. We have already seen one consequence of not doing so - the movement of migrant labor. Another will be people defying the lockdown to get back to work if they cannot survive otherwise."

He reminds us of the global financial crisis in 2008-'09 which was a demand shock for the country. Even at that time country's workers were able to go to work, firms were trying to come out of crisis and were showing strong growth and the financial system was largely sound. All this made the government's finances healthy and growing. But nowadays India is currently in the midst of a 21-day nationwide lockdown where we are in an altogether different state from 2008-2009 global crisis. but still, he feels that we Indians can come out of the coronavirus crisis and can beat the virus with the right resolve and priorities.

Also, he says, it is not possible to stretch this lockdown for a longer period. He suggests that we should focus on things to restart normal activities in the regions where the crisis is at a low pace, less number of corona positive cases keeping adequate precautions in mind.

Mr. Rajan said, "It is said that India reforms only in crisis. Hopefully, this otherwise unmitigated tragedy will help us see how weakened we have become as a society, and will focus our politics on the critical economic and healthcare reforms we sorely need."