Vin Diesel, who was most recently seen in Fast and Furious 9, responded to the hypothesis about being a piece of the forthcoming spin-offs of James Cameron's Avatar in a new meeting.

As fans anticipate Avatar 2, they may very well be in for another treat. Hollywood star Vin Diesel has indicated that he might be in the impending continuations of James Cameron's worldwide blockbuster. Vin responded to the guessed news that is doing the rounds, during a new meeting with MTV News correspondent Josh Horowitz.

At the point when Josh asked him the eagerly awaited inquiry – "There has been discussion that you may spring up in an Avatar film. Have you shot anything for the new Avatar films?" Vin, who was as of late found in Fast and Furious 9, gave a brassy answer.

Vin Diesel said, "I have invested energy with him, however, I have not shot at this point. I love James Cameron and I love the arrangement. I believe it's protected to say that we will be cooperating." Josh, actually like every one of the fans, gotten on Vin's promise "yet", as he shouted "I saw a 'yet.'" 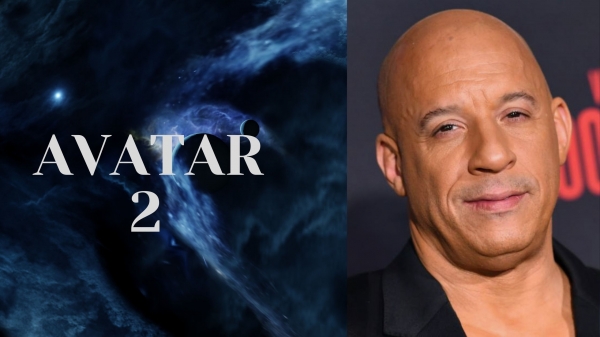 Symbol 1 keeps on leftover the most elevated earning film ever on the planet. It was momentarily overwhelmed by Marvel Studios' Avengers: Endgame, just to re-obtain its numero uno position in March 2021 after it delivered in China.

Symbol stars Sam Worthington as Jake Sully and Zoe Saldana as Neytiri leading the pack jobs. Set during the 22nd century, it follows the tryst of people towards colonizing Pandora in the Alpha Centauri star framework, to mine its significant mineral unobtanium.