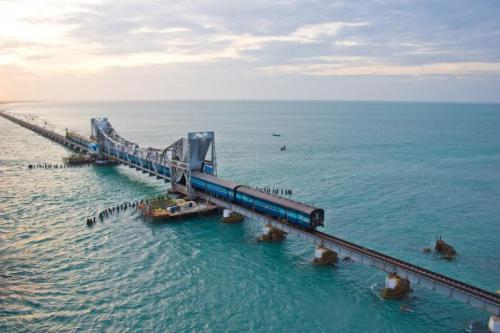 Along with the many developments recently being made all over the world, the Bogibeel Bridge is a remarkable one. Although its project has been discussed over for decades, this time, the construction of the bridge has been successfully completed. Soon, it will be inaugurated by Prime Minister Narendra Modi. Let’s check out the details of the inauguration ceremony as well as the longest railroad bridge.

This year on Christmas, our very own Prime Minister Narendra Modi has planned to inaugurate the longest railroad bridge of India, the Bogibeel Bridge. This bridge is supposed to join the northern and the southern banks of the river Brahmaputra. Therefore, it is through this bridge that the eastern part of Assam and Arunachal Pradesh can be connected.

Dimension of the Bridge

The Bogibeel Bridge expands to 4.94 km and situated 32 meters above the sea level of the Brahmaputra. The bridge is said to connect the places of north-eastern Assam between Dibrugarh and Dhemaji districts. Along with the road transport facility, the bridge consists of two railway tracks below the road bridge. As has been reported by ANI, the bridge is just 20 km away from the Assam – Arunachal Pradesh border. Choosing December 25, 2018, for inauguration has some special significance. The government has marked this date as the Good Governance Day. Also, it is the birth anniversary of former PM Late Atal Bihari Vajpayee.

History of the Bogibeel Bridge

The foundation stone of this bridge was first laid down by the former Prime Minister HD Deve Gowda in January 1997. The construction work of the bridge was inaugurated by the former PM Atal Bihari Vajpayee. From then on, the railroad construction work has missed meeting several deadlines. However, it is the Modi government that has laid emphasis upon the railroad construction in the northeast. Recently, the bridge was tested by running a loaded train on it. The train could successfully reach the destination.

Videos of the Bridge in Social Media

The present railway minister Piyush Goyal uploaded a video on Twitter. The content of the video was the train that was put to test. Further, the minister of state for home affairs, Kiren Rijiju also twitted a similar kind of video from the aerial view. The Bogibeel Bridge will be a great time saver both in terms of rail and road. Train from Arunachal Pradesh to Dibrugarh will take only 100 kilometres. At the same time, between Delhi to Dibrugarh will be covered within just 34 hours.

Historic Day for Railways: In a milestone event, the 1st freight train ran on Bogibeel Bridge, India's longest road-cum-rail bridge with a phenomenal stretch of 4.94 kilometres, connecting Assam with Arunachal Pradesh & opening the doors to enhanced connectivity in the North-East pic.twitter.com/bH97RODDSf

Indeed, it is a wonderful development that is sure to take the nation to a different level. We hope that everything goes well on December 25, 2018.