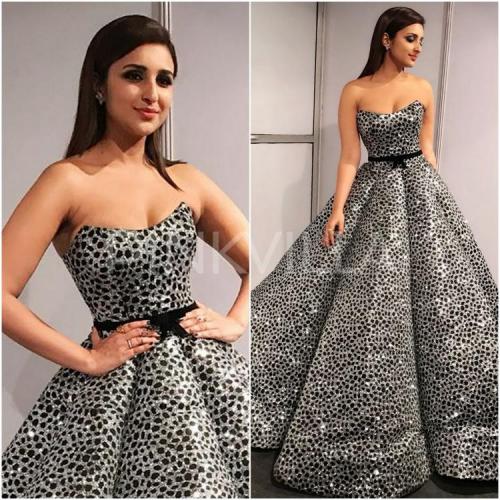 The one award that has a special place in the heart of not only the celebs but public is undoubtedly the prestigious ‘Filmfare Award’. Every actor, actress, director, music director or singer aspire to hold this ravishing ‘black lady’ at least once in their lifetime.

63rd Jio Filmfare Awards 2018 took place at Dome, NSCI, SVP Stadium; Mumbai on January 20, in presence of Bollywood’s some of the biggest names. The show was hosted by Shah Rukh Khan. Many deserving candidates took away the ‘black lady’ while others entertained the viewers with their sizzling performances. Let’s take a peek at some of the starry moments from this award gala night- 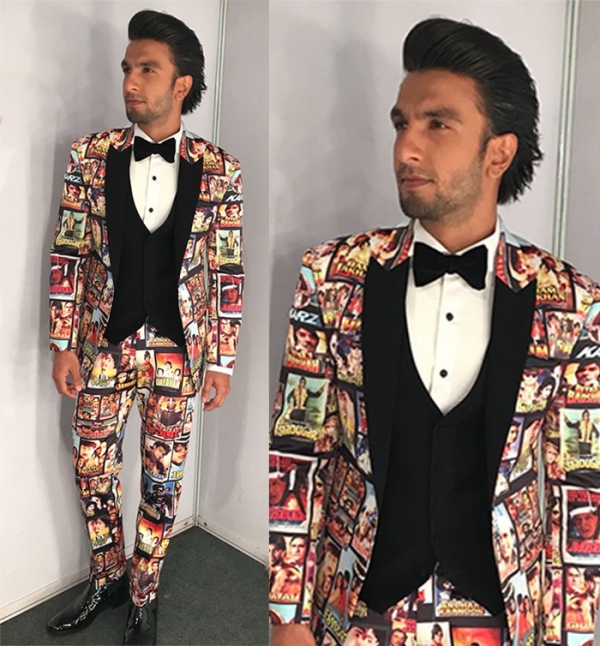 Trust Ranveer Singh when it comes to quirky fashion style! The ‘Padmavat’ actor who is sporting a lean physique for forthcoming ‘Gully Boy’ made flashbulbs go crazy with his funky suit designed by Dhingra which has posters of RS’s favourite movies. Ranveer pulled off the suit quite effortlessly! Ranveer on every media persons’ face with his funny antics.

Miss World 2017, elegant Manushi Chillar made a grand entry on stage looking ravishing in little red dress as the superstars, Shah Rukh and Ranveer both vied for her attention. The pageant winner confidently matched steps with Ranveer Singh. 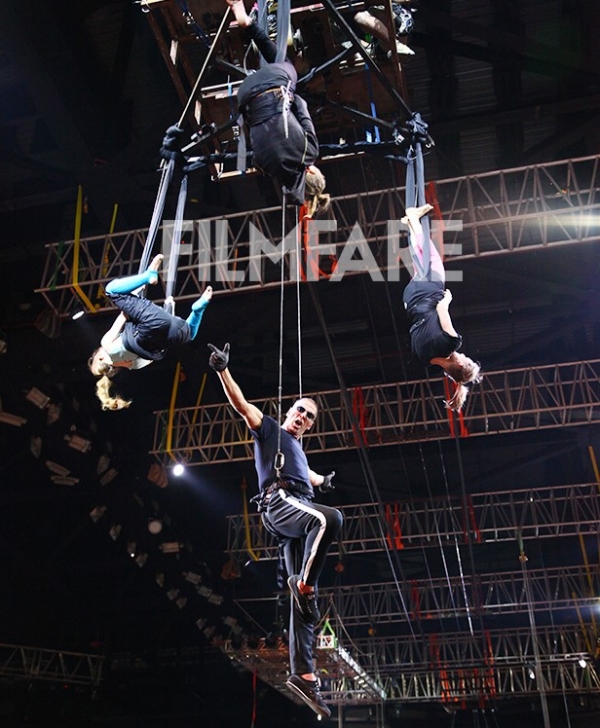 Akshay Kumar and action go hand in hand whenever its possible and 63rd Filmfare Awards 2018 was not an exception. The ‘Khiladi’ entered the stage from 20 feet above the ground suspended by cables. His act was well received by the audience, especially Kumar’s self-proclaimed fan, Ranveer who whistled and hooted for his favourite hero. Akshay not only danced but also sang a Punjabi track.

‘Sulu’ receives award from her ‘Inspiration’ 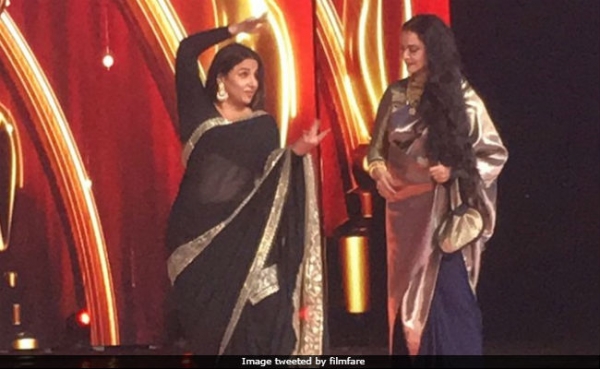 Vidya Balan received her well deserved ‘Best Actress’ Award from another southern beauty, eternal diva Rekha herself. Both ladies, dressed in stunning saris, showcased mutual admiration for each other. Vidya was visibly excited to receive her second Filmfare award from Rekha after bagging it first in the past for ‘The Dirty Picture’. Vidya confessed her respect for the legendary actress, by admitting that Rekha is her true inspiration. 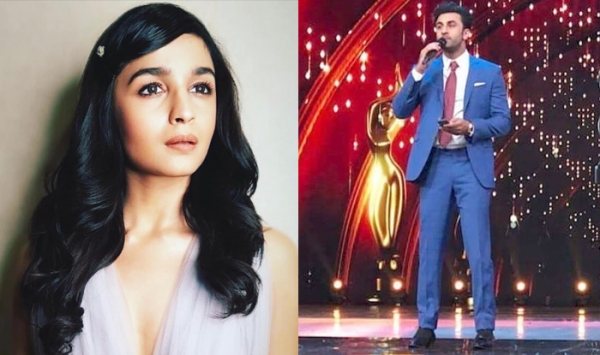 Alia Bhatt made head turn in her delicate Monsoori gown at the 63rd Filmfare Awards 2018. Alia kept it simple with no accessories and natural makeup. While Alia’s ‘Brahmashastra’ co-star, Kapoor scion, Ranbeer stick to formal suit for the award night. The duo together made an interesting pair. 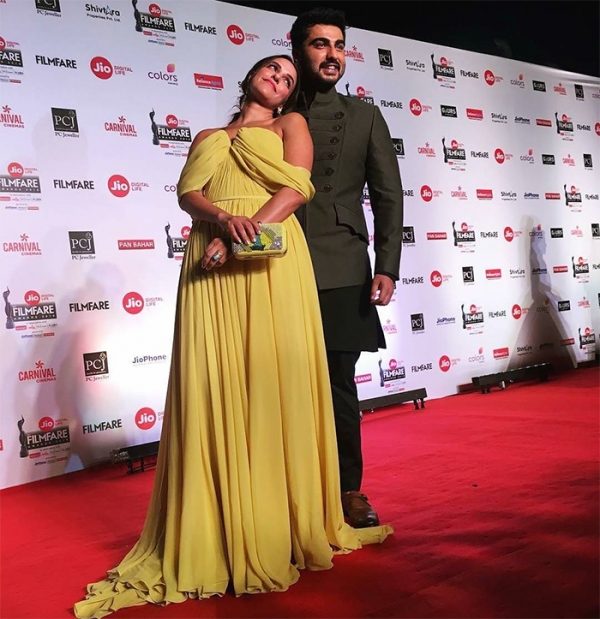 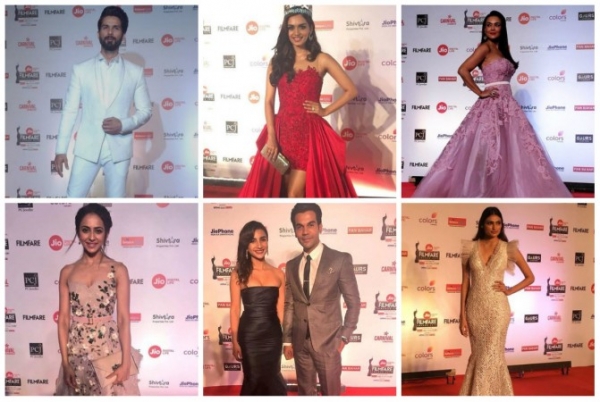