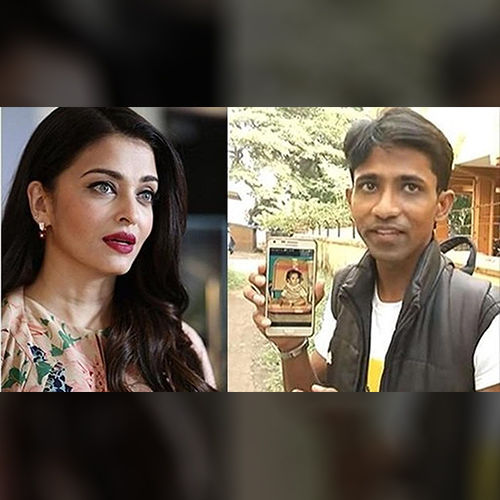 Aishwarya Rai Bachchan who is blessed with a beautiful baby girl Aradhya seems to be living the perfect fairytale along with her husband Abhishek Bachchan and her in-laws, Amitabh Bachchan and Jaya Bachchan. However, recently a 29-year-old man claimed to be her son via IVF according to a report in Deccan Chronicle, Andhra Pradesh. The man Sangeeth Kumar, who also adds Rai as his middle name, said that Aishwarya gave birth to him via IVF technique in 1988.

The man said while talking to the press in Mangalore Last week that,

“I was born to her by IVF in London in 1988. I was brought up in Chodavaram from age three to 27. I was with my grandmother Brinda Krishnaraj Rai's family at the age of one and two in Mumbai. My grandfather Krishnaraj Rai died in April 2017 (March), and my uncle's name is Aditya Rai,”

Not only this he also claimed that the duo, Aishwarya, and Abhishek are living separately as he further added,

“My mother got married in 2007 with Abhishek Bachchan and she is separated, living alone. I want my mom to come and live with me in Mangalore. It’s already 27 years since I separated from my family, I miss her a lot. I don’t want to go to Vishakapatnam, at least I want my mother’s number so that I’ll be free,”

On asking why did he not come out earlier about this, he shifted the blame to his relatives who have cooked up stories and misled him since childhood. He continued to say

“I am getting enormous headache and anger at my native place, most of my relatives have manipulated things since childhood, otherwise I would have come back to my mother before itself with clear information. Due to lack of information, I could not come to my mother, so now I got all clarity. Ultimate thing is I want my mom,”

Although this man holds absolutely nothing to prove his wacko claims, this seems just another man trying to gain publicity.

Aishwarya is currently busy shooting for her movie ‘Fanney Khan’ which stars Anil Kapoor and Rajkummar Rao and is a musical comedy by Rakeysh Omprakash Mehra’s and to top it all Aishwarya was just 14 years old in 1988!