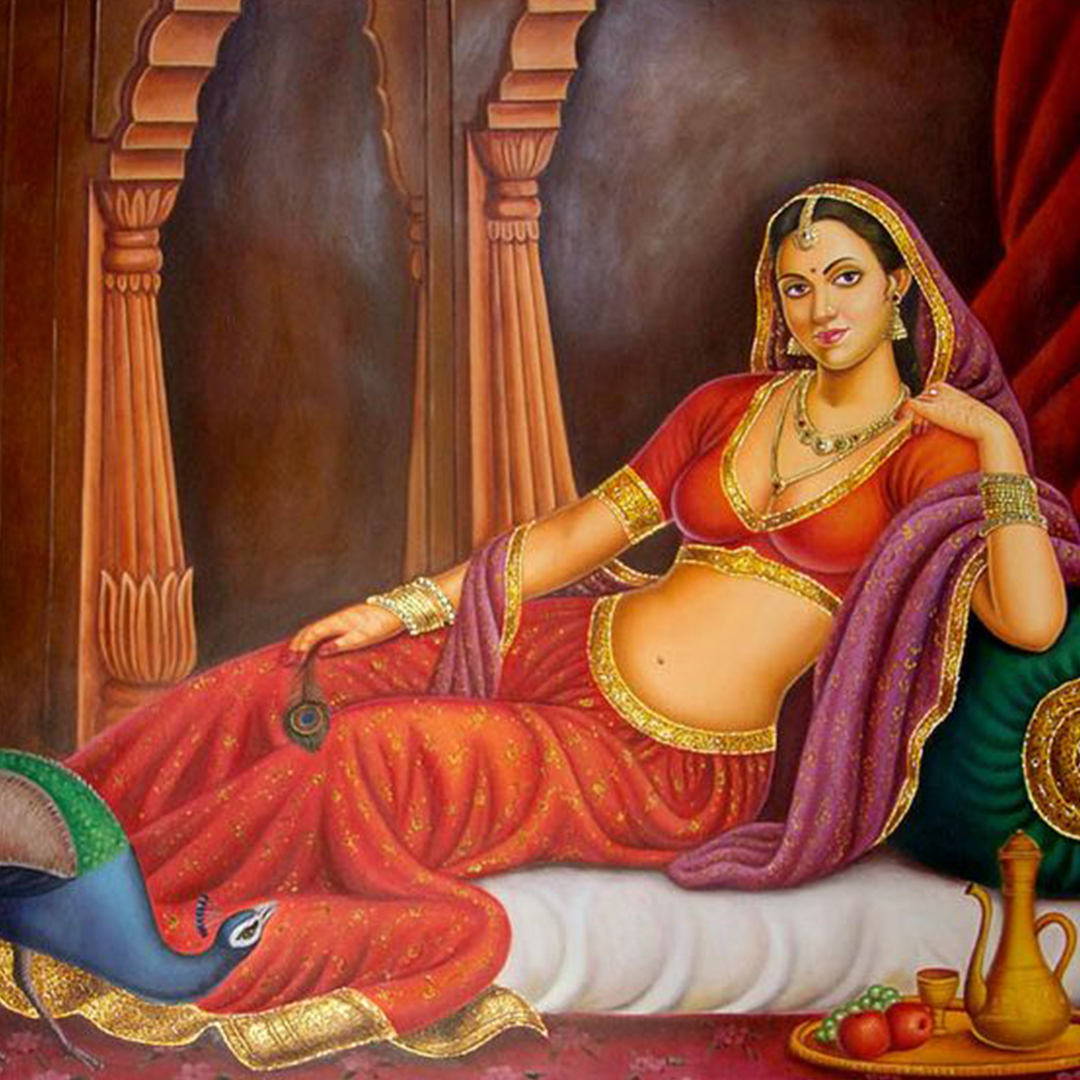 Story Of A Courtesan

Chunnijan --the admirer of many, lover of some but loyal to none—was Ghalib’s muse. Or was it the wine ? No one knows! Today many lovers (old and young, true and fake) easily quote Ghalib’s verses but no one remembers Chunnijan . And this is her story, this is the story of an unknown.

Born to a poor man in the Mughal Capital- Dehli -she was sold to a kothawali at the age of three. Chunnijan never craved for her lost home! Why would she? She enjoyed the lavish life of a tawaif. She was taught to dance, sing, read and most importantly speak. She wasn’t a voiceless creature :

“Really have you seen the Lord?”, she asked.

“I see him in your face”

“Hahahahahaha, Khalid Sahab this face is temporary, but our Lord is not.”

“Do you think Allah is there?”

“No, for me he isn’t there..Because my heaven and hell is this kotha!”

Munnijan, her friend, asked her one day, “Chunnijan don’t you wish to leave this place? Don’t you want to be bride? I am truly fed up of this life of jugnu, our life exists only at night!”

“Areee Munni, I don’t want their life nor do I envy them. What’s the use of eating apple everyday, taste everything in this short life!” Those worldly women were a mirage for her while she was the reality. She knew her power over all men—except one!

Mirza Asadullah Khan Ghalib was the only man who disturbed the serenity of Chunni’s heart.His poems had the power to bring turbulence, to create havoc! Chunnijan loved his verses but hated his arrogance. This poet had a special place in her mehfil . She knew capturing Ghalib is impossible he was in many ways like her

“What do you think of love?” she asked Ghalib

“We fall not in love but in the idea of love. Love is a disease.

And that day Chunni realised how Ghalib was a dream and its better not to chase it!

“Tume bo-h-ot  soo-n-der hoi- the white man said. He was the special guest of the evening.

‘’Soorat toh tumhari bhi buri nahi” she replied. “Let me tell you something, when we capture this contry,you will be my mistress.”

His gestures and incomprehensible words hinted at Chunni’s fate. She knew things will change and they did.

After the mutiny of 1857, Bahadur Shah Zaffar and his ministers were exiled from the city. Ghalib and all her lovers fond a new companion- misery. The English man never forgot his promise to Chunni and many other courtesans. For they all were mistresses of  white men. Their lavish life was replaced by humiliation

“What was left was degradation and isolation