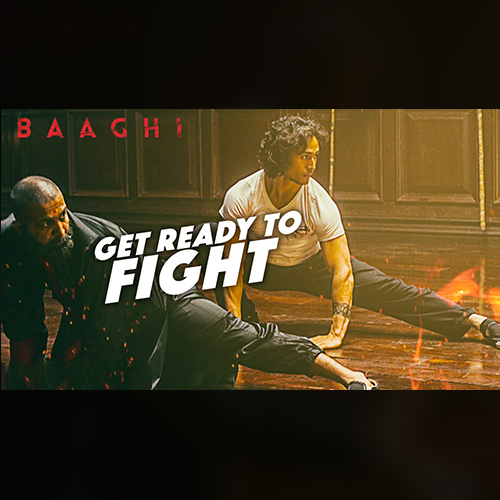 Tiger Shroff, star son of the legendary actor Jackie Shroff generally seems very cool and is one of the most talented stars of his generation. The actor is trained in Martial arts and is generally loved for his action and dance. But recently Tiger was disappointed in a fan who uploaded a video of himself trying a risky stunt and tagged the actor to gain his attention. The fan is reportedly trying to jump off a 13 feet building which is very perilous and can even prove to be fatal. The fan does get just a little stretch on his leg but other than that everything is completely good to go. The fan also added a caption along with the video which said,

“Yes I defeated My Fear. of Jumping From Height

Everything is easy to see by standing down, but when we go above and try to Jump believe It is too much Dread

By convincing my mind that I am a superhero#be_your_own_hero

Thnx for always inspiring me @iTIGERSHROFF@ShariqueAly"

The video although, was unsuccessful in its attempt to impress the actor and on the contrary the actor immediately urged people not to try the stunts by themselves as in the movies they are under trained professionals.

The actor clearly slammed the fan and replied with the tweet which said,

"Sorry... But that's so stupid of you to try something like that. Never risk your life. When action heroes perform something alike on screens, they do it with safety and under the supervision of professionals. Never ever try doing all this on ur own. Disappointed to see this."

Tiger has performed great stunts, dance and fight sequels in his movies like Heropanti, Baaghi, and a Flying Jaat. The actor will now be seen in Karan Johar’s Student of the Year 2.  We highly appreciated the step taken by the actor and urge people to not try to risk their lives in order to gain the attention of our B-town celebs or anyone for that matter.