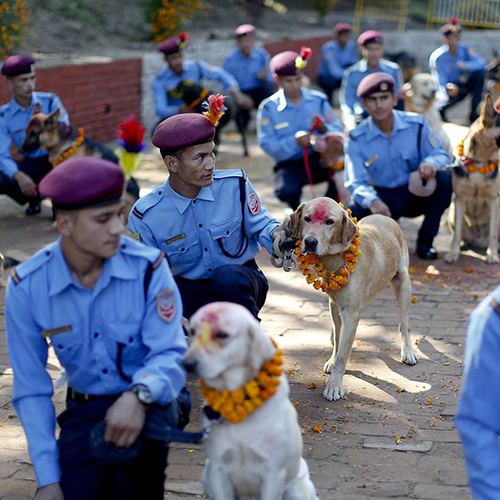 Did you know Nepal celebrates Diwali with their Dogs?

“Dogs are always good and full of selfless love. They are undiluted vessels of joy who never, ever deserve anything bad that happens to them.”

The sparkling "festival of lights", Diwali, is celebrated all over the world with great piety and enthusiasm. Diwali is one of the most important festivals of Hinduism and Nepal celebrates it with a twist. The five-day winter/autumn festival frequently referred to as the Festival of Lights falls between mid-October and mid-November.

The unique thing about Nepal celebrating Diwali is that they dedicate the second day of this festival- Kukur Tihar to the worship of dogs. Dogs are usually referred as messengers believed to guard the gates of the afterlife and representing the path of righteousness. Nepal celebrates this festival with dogs by giving them special attention, recognition and by honoring them.

Dogs occupy a special place in Hindu mythology. As mentioned in the Mahabharata, Bhairava, a fierce manifestation of Lord Shiva, had a dog as a vahana (vehicle). Yama, the god of death, is believed to own two guard dogs – each with four eyes. The dogs are said to watch over the gates of Naraka, the Hindu concept of Hell.[8] Owing to this belief, this day is also observed as Naraka Chaturdashi.

A garland of fresh flowers is draped around every dog’s neck. This is called a Malla and is a sign of respect and dignity to these adorable mammals. The best part about Nepal doing is that they do not exclude strays; every dog, whether it’s a pet or stray gets the same special treatment.

The second ceremony of Kukur Tihar is the Tika. From years, Hindus have been using Tika's to give recognition to other human beings. During Kukur Tihar, each dog gets a red Tika which is made from a paste of red dye powder mixed with rice and powder. This tika is applied as a single stroke from the dog’s eyes towards the top of the forehead. This marks the dog as a devotee of the righteous path and an object of devotion. The tika acts as a blessing to all who encounter the dog, and represents the dogs’ sacredness for all to see.

We never realize the love our dogs gives us and the amount of loyalty they have in them. This kind of celebration is one of the best things we can do for our pooch. All of this honor and recognition makes these doggos feel special and loved. The best part? The treats and food they get, food is big part of stray dogs who sleep empty stomach most of the nights. Treats are put out for the dogs, including sel roti – a deep fried confection similar to a donut, milk, eggs, meat, and high-quality dog food.

People across the world take part in celebration Kukur Tihar but this festival originated in Nepal. It’s a really nice concept to appreciate the most loyal companion a human being can ever get. This year Kukur Tihar will be celebrated on 18th November. 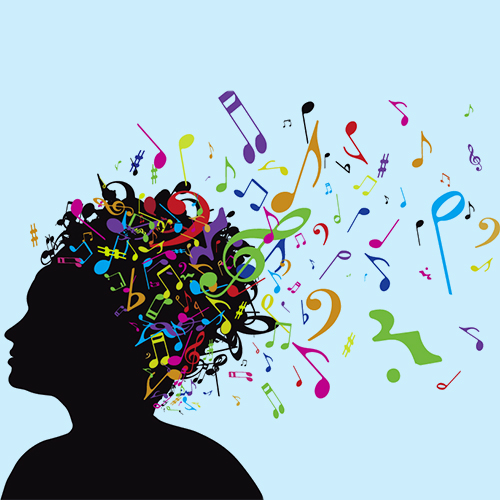 How Music Affects Us